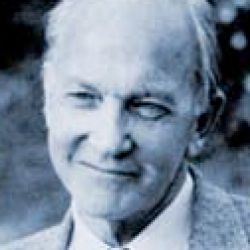 Professor Sir James Gowans, CBE FRS, who died on 1 April 2020, was one of the most distinguished members of a generation of British immunologists who, between the 1950s and 1970s, established critical groundwork for modern cellular immunology. With a series of experiments remarkable for their significance, clarity and technical elegance, Gowans’ achievement was to identify the population of hitherto obscure small lymphocytes as the immunologically competent cells corresponding to the immunological repertoire required by Macfarlane Burnet’s Clonal Selection Theory. 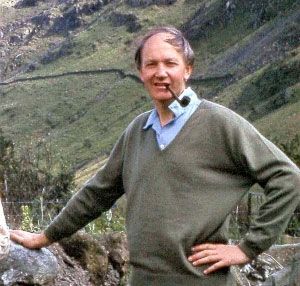 James Learmonth Gowans was born in Sheffield in 1924. His family moved to South London when Gowans was 4, where he attended Whitgift School in Croydon. In 1940, after three rejections, he was finally accepted into King’s College London Medical School. His father was a talented medical laboratory technician who endowed Gowans with respect for laboratory science, which was enhanced by attending the famous Friday Evening Discourses at the Royal Institution, including one from Howard Florey on penicillin. After graduating and briefly practicing medicine, Gowans was accepted to undertake a DPhil on antibiotics with Florey at the Sir William Dunn School of Pathology in Oxford. Staying on for post-doctoral work, Florey suggested Gowans devote his attention to the small lymphocyte problem.

In the 1950s, there was no consensus about the nature of small lymphocytes. It was generally believed that they were short-lived cells generated in lymph nodes and sent out through efferent lymphatics to fulfil some unknown function and promptly die. Gowans aimed to understand their life history by devising physiological approaches to define their numbers and traffic in vivo and, ultimately, their function.

Gowans’ experiments, published from 1957 onwards, unequivocally demonstrated that small lymphocytes belonged to a long-lived pool of non-dividing cells, continuously recirculating daily from blood to efferent lymph through morphologically specialized endothelial cells of the post-capillary venules in the lymph node cortex, and returning to the venous circulation via efferent lymphatics and the thoracic duct. Following the publication of the Clonal Selection Theory in 1959, in which Macfarlane Burnet cited Gowans’ 1957 paper, the recirculating pool of small lymphocytes was shown by Gowans to be the embodiment of the Burnetian repertoire. In elegant transfer experiments using genetic and chromosome markers, as well as radioactive labels detected by autoradiography, he documented in lymph nodes the rapid antigen-dependent stimulation of a fraction of small lymphocytes to become dividing cells and showed the transient depletion of that reactive specificity from the recirculating pool. The recirculating pool of small lymphocytes in adult immunized rats could transfer antigen-specific memory to immunologically inert recipients. Likewise, thoracic-duct small lymphocytes from donors made immunologically tolerant of specific antigens reflected the state of specific immunological tolerance by failing to transfer specific immune competence only against those antigens to irradiated recipients. Gowans was greatly attracted by the conceptual unity between the Burnetian repertoire and the pool of small lymphocytes. Burnet had proposed and Gowans had demonstrated that single-antigen-specific small lymphocytes were the units of in vivo immune responsiveness and, therefore, must possess clonally committed antigen receptors as detectors of self and non-self.

These beautifully conceived and executed experiments, in vivo physiological science at its very best, revealed the essential cellular basis of the immune response, which is still how we understand the immune response today. Antigen is presented in regional lymph nodes for inspection by a continuous stream of small lymphocytes recirculating from the blood. Rare cells that specifically recognize the antigen are sequestered from the circulation and replicate and differentiate into clones of effector cells and then memory cells that enter the recirculating pool to form the basis of the anamnestic immune response.

The importance of Gowans’ work was quickly recognized. In 1962, at age 39, he became the Royal Society’s Henry Dale Research Professor. In 1963 he was elected FRS, and the Medical Research Council established the Cellular Immunology Unit for him in the Dunn School, thus securing his research program, which attracted talented younger scientists and distinguished sabbatical visitors who brought the lessons from studying purified cell types in vivo to a number of fields, including immunology, stem cell biology and cancer.

In 1977, Gowans left his laboratory to become the head of the UK’s Medical Research Council (MRC), successfully challenging government policy that applied purchaser–provider principles to medical research. Under Gowans, the MRC formally supported in vitro fertilization despite controversy, leading to its general acceptance in law and clinical practice, and helped to lead UK research and public understanding through the dawning AIDS crisis. The Human Frontiers Science Program was inaugurated in 1987 in a major Japanese initiative, and, in 1989, Gowans was appointed the first secretary general with offices in Strasbourg.

Gowans continued to hold many trusteeships and adviserships after retiring to his home in Oxford and to his cherished library of Darwiniana in 1995. He perpetually sought fresh contacts with young scientists and maintained conversations with long-standing colleagues and friends to the end. Among other honors, Gowans received the Royal Medal of the Royal Society in 1976 and shared the Wolf Prize in Medicine in 1980 with Leo Sachs and César Milstein. He was knighted in 1982. He is survived by his wife, Moyra, a son and two daughters.

Sir James Gowans was awarded the Medawar Prize in 1990 for establishing critical groundwork for modern cellular immunology and his work on recirculating small lymphocyte.

The Carriage of Immuniogical Memory by Small Lymphocyes in the Rat

Lymphocytes were obtained from the thoracic duct of rats 1½ to 15 months after primary immunization with a single dose of bacteriophage ϕX 174. An intravenous injection of these lymphocytes conferred on heavily X-irradiated rats the ability to form antibody in a secondary-type manner after a first injection of ϕX. Negligible responses were obtained after cell transfer if the recipients were not challenged with antigen.