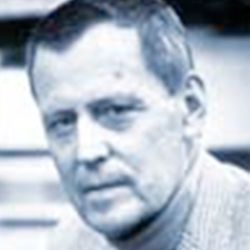 “Tis after death that we measure men” - James Barron Hope

Thomas Earl Starzl, MD, PhD died March 4, 2017 just prior to his 91st birthday. He is survived by his wife of 36 years, Joy Conger Starzl, his eldest son and his wife, Timothy and Bimla, and his grandson and his wife, Ravi and Natalie. His daughter, Rebecca, and son, Thomas, preceded him in death. We recognize his passing with extreme sadness but highlight his life and work with overwhelming admiration. 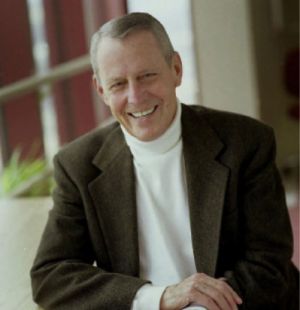 As the “Father of Transplantation,” Dr Starzl pioneered every aspect of organ transplantation: immunosuppression, organ procurement and preservation, tissue matching, surgical transplant technology, and the operational management of the transplant team. His work paved the way for heart, lung, pancreas, intestinal, liver, and kidney transplantation and opened doors to understanding immune regulation of a number of acquired and inherited disorders. Dr Starzl’s contributions to the scientiﬁc literature, in a span of 60 years, are nothing short of remarkable - 2872 publications placing him at the top of scientiﬁc citations according to the Institute of Scientiﬁc Information.

Dr Starzl also recognized the need for effective organ preservation to enhance graft function after transplantation. Dr Starzl contributed to development of the most commonly used preservation solution, Viaspan (with Dr Folkert Belzer), and introduced the ﬁrst major innovation in hypothermia, when canine liver allografts were cooled by infusion of chilled ﬂuids into the vascular bed of hepatic allografts via the portal vein. In a logical extension, Dr Starzl applied the hypothermic technique to clinical kidney transplantation in 1962–1963. Today, intravascular cooling is the ﬁrst step in the preservation of all whole organ grafts, allowing the sharing of organs from a common donor by recipient teams from widely separated centers.

In 1964, Dr Starzl described hyperacute rejection of kidneys from ABO incompatible donors - this was extended in 1965, when he showed that recipients possessing antigraft cytotoxic antibodies hyperacutely rejected kidneys, and introduced the universally used lymphocytotoxic crossmatch test. Notwithstanding these early studies in histocompatibility, Dr Starzl sought to understand various immunologic enigmas, which he felt were incompatible with the prevailing notion that the allograft was envisioned as defenseless and vulnerable to immunologic attack in proportion to its histocompatibility disparity from that of the recipient. In 1992, he and his colleagues reported ubiquitous low level donor leukocyte chimerism in his patients who had received whole organs as long as 3 decades earlier. They conﬁrmed in animals that the “passenger leukocytes”of bone marrow origin, which are normal components of whole organs, had migrated from the grafts after transplantation and had survived in the recipient. The interaction of these cells with the recipient immunocytes, each reactive to the other, was postulated to be the fundamental explanation of organ allograft acceptance. This hypothesis of antigen localization as it relates to immunity or tolerance was presented by Drs Starzl and Rolf Zinkernagel (the 1996 Nobel Laureate in Immunology). Dr Starzl embodied the true “Renaissance”physician-scientist, who is as adept in the laboratory as he is at the patient’s bedside. Dr Starzl’s inquisitive nature surfaced throughout his surgical training in general and thoracic surgery and his interest in liver physiology and derangements seen in liver failure. As early as 1959 he observed that a transplanted liver required factors present in the normal portal venous blood. He speculated from the outset that the organs draining into the portal vein or perhaps the liver itself produced “hepatotrophic” factors that modulated the liver’s size, capacity for regeneration, and function. This concept led to the pioneering use of portacaval shunting for treatment of hereditary hypercholesterolemia and the identiﬁcation of the key role of the liver in cholesterol metabolism, veriﬁed decades later by the use of liver transplantation for correction of homozygous familial hypercholesterolemia. In addition, he was close to the end of a trail that stretched back 30 years, determining the function of a unique growth regulatory gene called “augmenter of liver regeneration” (ALR) that was found in the mouse, rat, and human liver after hepatectomy.

Dr Starzl impacted transplantation in many other ways. He helped to formulate guidelines for this new ﬁeld at landmark ethics conferences in London (1965) and San Francisco (1967). Many key questions were addressed, “When does experimental transplantation become clinical treatment? What should be the process for donating organs for transplantation? How should organ allocation be administered to be equitable, fair, just, and unbiased? And, how should the costs of transplantation be borne?” Ultimately, he developed the system for organ procurement and equitable organ allocation that was adopted na- tionally by the United Network for Organ Sharing (UNOS) —now a worldwide standard.

Dr Starzl was a man of unique vision, enthusiasm, and persistence; many of his ideas were considered revolutionary and radical–stimulating opposition and criticism. He called upon an inner strength, likely entrenched from his small town upbringing, to persist in spite of adversity and promote social and medical acceptance of transplantation. Through his tireless efforts he educated scientists, other professionals, and the public. He was involved in all of the controversies of organ donation, from the use of non-heart beating donors, to living donors, to brain dead donor and to xenotransplantation (animal-to- human transplantation). In 1964 he attempted baboon-to-human kidney transplantation and in 1992 baboon- to-human liver transplantation. He was instrumental in creating the next generation of galactosyl-transferase knockout pigs.

Dr Starzl was the ultimate human- itarian, each patient was a name, a face, a unique history and more importantly, a friend. In his book, “The Puzzle People: Memoirs of a Transplant Sur- geon,”each patient account was vividly recalled from memory, rather than from a patient medical record. These few words barely scratch the surface of Dr Starzl’s accomplishments, nor do they create an adequate picture of the persona! We can only end this tribute with a brief but heartfelt, “Thanks Tom for bringing us to where we are today!”

Thomas E. Starzl was awarded the Medawar Prize in 1992 for his groundbreaking career in transplantation and his introduction of effective strategies of immunosuppression and the development of organ preservation.

‘Father of Transplantation’ Defeated His Own Doubts and Fears

As he completed his medical training in the late 1950s, Thomas Starzl searched for a way to make his name in the annals of medicine. In an interview late in his life, he recalled asking himself: “What’s out there that needs development but looks impossible?”

The choice seemed obvious to him: transplanting organs.

A Conversation with Thomas Starzl

Ushma S. Neill
J Clin Invest. 2012;122(12):4304–4305. https://doi.org/10.1172/JCI67015 Today in the United States, more than 6,000 people a year receive a liver transplant, and since liver transplants have begun, over 200,000 patients have received this therapy. They survive today due to the efforts of a legendary scientist and surgeon: Thomas Starzl of the University of Pittsburgh Medical Center. He performed the first successful liver transplant in 1967 and refined the use of immunosuppressive drugs such that patients could tolerate their grafts — some for decades. With Starzl’s efforts over the last 50 years, thousands of patients with end-stage liver disease have been able to live long and active lives.
See full article

John J. Fung
American Journal of Transplantation February 2002 2(1):4-6 It has been said that what one should gauge of the importance of an individual’s work by the legacy that they leave in their students, by measuring the change in a discipline, and by the impact of their work on the beneﬁciaries. By all accounts, Dr. Thomas Starzl has done as much for the ﬁeld of organ transplantation as any other individual.
See full article

Interview with Thomas E. Starzl for the 50th Anniversary of The Transplantation Society