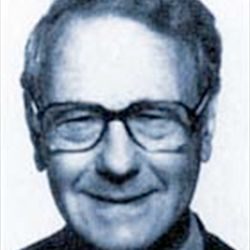 Leslie Baruch Brent, who has died aged 94, was a PhD student at University College London when he co-authored the first of two groundbreaking papers. In 1953 he showed that immunological tolerance – the capacity to accept an unrelated tissue transplant – could be experimentally induced. 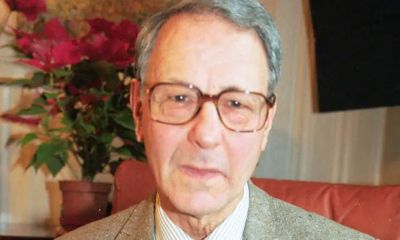 This won lifelong fame for him and his two senior colleagues, Peter Medawar, the team leader, and Rupert Billingham, a postdoctoral researcher. They were nicknamed “the Holy Trinity” by American immunologists. We now take for granted that tissues and organs can be transplanted even if the recipient is genetically dissimilar and perpetually takes powerful drugs that suppress the immune response. This was unthinkable in the early 1950s.

In the 40s Medawar had proved that “foreign” tissues are usually rapidly destroyed by the same immune system that also fights infections. Billingham, Brent and Medawar began their landmark experiments inspired by previous observations. The US immunogeneticist Ray Owen had shown in 1945 that dizygotic (fraternal) twin calves have red blood cell chimerism, the red blood cells of each mingling with others originating from their twin while in the womb. Owen postulated that precursor red cells must have been exchanged before birth, that the foreign cells had been accepted, and that they had established their own lineage.

His observations, largely unnoticed by the immunological community, were replicated by Medawar and Billingham when, for agricultural purposes, they exchanged skin grafts between fraternal calves. To the scientists’ astonishment, such grafts were usually accepted, and it was the discovery of Owen’s earlier paper that made them realise that some sort of tolerance must have been induced in foetal life; a tolerance that extended not only to red blood cells but also to tissues such as skin.

Medawar’s team set out to prove the existence of immunological tolerance by experiments using white and brown inbred laboratory mice. Members of each strain are genetically almost as alike as identical twins. The team injected cells from one inbred strain directly into immunologically immature late foetuses of a different strain. When these mice grew up, they were given skin grafts from mice of the strain cell. Many grafts were accepted, but only if they were from the cell donor strain; grafts from mice of an unrelated strain were rejected. They therefore created white mice with patches of brown fur and brown mice with patches of white fur. In scientific terms this was sensational.

In 1953 Medawar and Billingham generously asked the young Brent to give the first talk on their work. A packed meeting of the Society for Experimental Biology was excited and astonished by his account and by photographs showing adult white mice carrying healthy brown skin grafts. Shortly afterwards the team published a brief report of their findings in the journal Nature; it was the same year the journal carried Watson and Crick’s paper on the discovery of the structure of DNA. The findings of the Medawar group led to an international research explosion in search of the holy grail of tolerance in clinical transplantation. The men published their extended findings, with photographs, in the Royal Society Philosophical Transactions in 1956.

In 1967 Brent helped establish the British Transplantation Society as its first general secretary, with Medawar as president. In 2013 the society celebrated the 50th anniversary of the Nature paper by inviting Brent to repeat his 1953 talk, calling its publication “probably the most important paper in the history of transplantation”. Again, when the Royal Society’s journal celebrated its 350th anniversary in 2015 with analyses of its 17 most influential papers, the findings of Billingham, Brent and Medawar were included.

Medawar was awarded the 1960 Nobel prize (jointly with the Australian immunologist Frank Macfarlane Burnet) and immediately shared his prize money with Brent and Billingham, writing: “I wish to make it absolutely clear that it is in no way a present but comes to you as of right.”

Brent was appointed professor of immunology at St Mary’s Hospital Medical School in 1969, after four years as professor of zoology at the University of Southampton. He later showed that tolerance could be induced in adult animals, using different strategies, and harnessing immunoregulatory T-lymphocytes, which induce tolerance in the normal T-lymphocytes that destroy grafts. During his 20-year tenure at St Mary’s he established a clinical laboratory, encouraged the first research on Aids by his colleague Tony Pinching, and established the University of London’s first MSc course in clinical immunology.

Brent was born Lothar Baruch in Köslin, Germany, which is now part of Poland. His parents, Arthur and Charlotte, were observant though not orthodox Jews and integrated into German life. His father was a childrenswear sales rep who had been awarded the Iron Cross in the first world war.

Lothar was forced to leave his school in 1936, aged 11, following racial persecution. His refuge in a Jewish orphanage in Berlin saved his life, as the director nominated him to leave Germany three weeks after Kristallnacht on the first Kindertransport.

On arrival at Harwich in Essex, he was taken to Dovercourt, a converted holiday camp. Having learned English at school, he was chosen to take part in a radio programme intended to attract foster families.

He had the good fortune to be selected to join Bunce Court, a progressive German-Jewish boarding school in Kent, which its farsighted headteacher had relocated from Germany in 1933. They nurtured and educated him. His fellow pupils included the painter Frank Auerbach, the musical humorist Gerard Hoffnung, and the theatre critic and playwright Frank Marcus, author of The Killing of Sister George.

His life in Britain was funded by a refugee children’s charity, but when he was 16 it ran out of money, so he became a chemistry lab assistant at Birmingham Central Technical College. Living in digs, he studied part-time and the Red Cross forwarded letters from his parents, which ceased in autumn 1942. At 18 he volunteered for the Royal Warwickshire Regiment, anxious to serve his new country and to aid his family.

Sent for officer training and then as a trainer of soldiers, he was told to change his name; had he been captured, the Germans would have executed him for treason and being Jewish. He chose Leslie after the actor Leslie Howard and Brent from the phone book; many years later he was to add back his original surname of Baruch. He arrived in Italy as the war ended and then joined the British Army of the Rhine.

A visit to Berlin to trace his family revealed only that they had been sent east. Years later he learned that in 1942 they had been transported to Riga in packed cattle trucks, a three-day journey, taken into the woods and shot. He had small brass plaques set in the pavement outside their former Berlin home to commemorate his parents and his sister, Eva.

Demobbed in 1947, Brent studied zoology at the University of Birmingham. An outstanding sportsman, he was president of the students’ union, designated the outstanding undergraduate of his year, narrowly missed a first, and was invited to undertake research for a PhD by Medawar, his zoology professor.

Medawar’s epiphany had been seeing a plane shot down and its pilot badly burned. Burns were a major wartime problem and doctors were baffled that skin grafts from unrelated donors healed brilliantly for more than a week – and then were rejected.

Medawar had shown in the mid-1940s that foreign skin grafts transplanted to burns patients and between rabbits were rejected by an ill-understood immunological process, thus paving the way for the tolerance experiments.

Brent retired in 1990 having published A History of Transplantation Immunology (1997), Sunday’s Child?: A Memoir (2009), and more than 200 papers. He received many honours nationally and internationally and was in continued demand at conferences. He was mild-mannered, tolerant and kind, immersed himself in good causes, and remained in good health and intellectually active into his 90s. Psychotherapy helped him deal with his family’s murder. In November 2018 he spoke from the pulpit at Westminster Abbey at a service to mark the 80th anniversary of Kristallnacht.

He married Joanne Manley, a teacher, in 1954; the marriage ended in divorce. In 1991 he married Carol Martin, a psychotherapist, who survives him, as do three children from his first marriage, Simon, Sue and Jenny, three stepchildren, Nicholas, David and Sian, and nine grandchildren.

Leslie Brent was awarded the Medawar Prize in 1994 for his ground-breaking contributions to acquired immune tolerance, providing the basis for tissue and organ transplantation.

Leslie Brent was the youngest member of the so-called British "holy trinity" whose description of acquired immunologic tolerance 41 years ago launched the modern era of transplantation. Brent. who was 28 years old at the time. had been only 22 in 1947 when he first met Medawar. then chairman of the Department of Zoology at the Uni-versity of Birmingham.

I was impressed (and moved) with the descriptions of aspects of Leslie’s life and personality that underscored what an extraordinary human being he was.

Thomas E. Starzl
Ann Surg. 2006 Jul; 244(1): 154–157. doi: 10.1097/01.sla.0000225047.33109.7b In a 3 and a half page article in the October 3, 1953, issue of Nature,1 and more extensively in 1956 in the Philosophical Transactions of the Royal Society of London,2 Billingham, Brent, and Medawar reported the successful transplantation in mice of the immune cells (leukocytes) that make up the normal bone marrow, spleen, and lymph nodes. The donor cells were obtained from adult mice and infused intravenously into unaltered newborn mouse recipients whose immune system was not yet sufficiently developed to reject the cells. When the recipient mice grew up, they could freely accept skin and other tissues from the original cell donor, but from no other donor. These world's first examples of acquired transplantation tolerance led to Medawar's corecipiency (with F. Macfarlane Burnet) of the 1960 Nobel Prize. Medawar shared his portion of the cash award with Billingham and Brent.
See full article