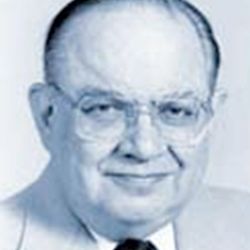 Dedication to the memory of Felix T. Rapaport

The world’s transplantation community was greatly saddened when Felix Rapaport suddenly passed away during a family observance of Passover in Florida on April 12 of last year. Felix was an outstanding surgeon-scientist, humanitarian, husband, and father, who was universally regarded as one of the international giants in the field of organ transplantation. His extraordinary contributions proved to be major factors in the development of organ transplantation to its current global status. His contributions were not only scientific, but also blended with a genuine commitment and passion to assure the successful evolvement of organ transplantation throughout the world. The latter was fostered through his 36 uninterrupted years as an elected member of The Transplantation Society’s Council and his editor-in-chiefship of Transplantation Proceedings for almost the same period of time. It is thus most fitting that this congress is dedicated to Felix Rapaport. 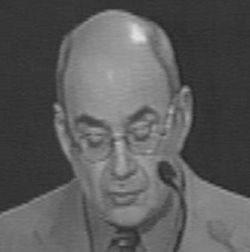 Felix’s personal life before he became a renowned surgeon-scientist is singularly notable. Felix was born in Munich, Germany, in 1929. His early life was that of a refugee on the run. In 1936, Felix and his family were forced to move to Paris where he became fluent in French. When France fell during World War II, the Rapaport family was now forced to leave Europe by boat, without any port of disembarkation, until the Dominican Republic opened its doors. It was here that Felix became fluent in Spanish and developed a close relationship with Latin America, later becoming the champion for the development of organ transplantation in this region of the world. Felix moved to the United States in 1945, where he attended college and medical school at New York University and did his surgical residency on the New York University service at Bellevue Hospital.

Felix’s scientific contributions were monumental and included more than 500 articles in the medical literature. The magnitude of his contributions is best summarized by the following quotation from the citation delivered by Thomas Starzl when Felix was awarded the prestigious Medawar Prize by The Transplantation Society in 1998:

“Between 1958 and 1962, Felix reported the first systematic study of skin allograft rejection in humans, which suggested the existence of tissue types in man. These studies and subsequent ones with Jean Dausset culminated in the definition of the dog and human leukocyte antigen systems, and defined the laws of transplantation in both species. When Dausset became co-recipient of the Nobel Prize in 1980 for the discovery of HLA [human leukocyte antigen], he remarked that equal credit should go to Rapaport.”

Jean Dausset had also previously commented that he was very lucky to have met Felix, who was a true virtuoso at skin grafting. Working together, they performed hundreds of skin grafts on volunteers with striking overall results that laid the foundation of our current HLA system for organ transplantation.

Felix’s long, continuous tenure on The Transplantation Society’s Council was truly unique and remarkable when one considers the completely open worldwide elections of the society. Time and again, Felix’s incredible support and respect from every part of the world was demonstrated by his winning elections to every office of the society, including its presidency, after initially becoming the founding and first western secretary of the society in 1966. Felix’s eastern co-secretary was Jean Dausset, and they jointly served under the first two society presidents, Nobel Laureate Sir Peter Medawar and John Marquis Converse. All three of these individuals had a profound and notable influence on Felix’s career. Concurrently, Felix also served as the society’s first and only historian, keeping the society’s archives, which essentially chronicle the history of organ transplantation since 1966. Essentially, every society president came to rely on Felix’s wisdom and counsel while in office. John Najarian, when president, commented that Felix was the glue that held the society together.

Felix received many honors and awards. Most important were the Medawar Prize and the decorations by President Jacques Chirac of France as Commandeur de la Legion d’Honneur and by President Carlos Saul Menem of Argentina with the Orden de Mayo al Merito. Despite these distinguished awards, Felix always regarded his greatest honor to have been the privilege he had to interact with scientists and physicians of different countries and cultures throughout the world. His fluency in five different languages served him well in this regard. He was truly the consummate international ambassador of organ transplantation.

Felix was also a very devoted and loving husband and father to five children. His wife Margaret and his children Max, Benjamin, Shimon, Misha, and Adalaide are here today.

Felix Rapaport had a most remarkable career with a tremendous and lasting impact on organ transplantation. But most of all, he touched and inspired the lives of many. He will be greatly missed but also forever remembered with love and affectionate gratitude by his patients and by scientists and physicians working in the field of organ transplantation throughout the world. It is thus our collective honor to dedicate this congress to Felix Rapaport.

The contribution of human subjects to experimental transplantation: the HLA story

I am deeply touched and honored by this Medawar Prize.Sir Peter Medawar has had a major influence in my life,and today’s prize, which so proudly bears his name, has very special meaning. May I also say how very privileged I feel at the presence of Lady Jean Medawar, who once again graces this occasion.

I accept this Award with deep humility, in the name of the many hundreds of volunteers who have given so generously of their blood and skin, over the past three decades, in order to permit us to reach the present high level of sophistication in our understanding of the HLA supercomplex. Without their support and devotion, much of what is known today might have remained obscure for much longer.

Some landmarks in the evolution of transplantation

Tranplantation biology and medicine have grown at an exponential rate during this century, incorporating ever newer disciplines and techniques, and making possible life-saving organ transplants in over 600,000 patients since 1954.

I have never yet won a debate with Felix Rapaport, partly because of my own ineptitude and perhaps partly because I would not want to win at the expense of such an old and good friend. Thus, I will summarize Felix's case for him although he has already eloquently done so.

A New Kidney, A New Life

Stony Brook "I feel great. My brother plans to jog soon, and I plan to be right there with him.'' As she spoke, Rosita Green was resting comfortably in her glass-enclosed private room, strictly guarded against contamination, at the University Hospital at Stony Brook, five days after undergoing transplantation surgery.