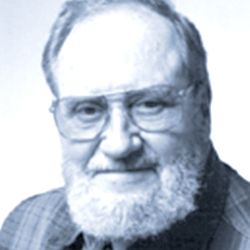 Ray David Owen (1915–2014)
Geneticist and Immunologist. A Tribute to a True Pioneer

Ray Owen died on September 21, 2014, just short of his 99th birthday. He will be chiefly remembered as the grandfather of the phenomenon of “immunological tolerance,” and his ground-breaking contribution as long ago as 1945 will remain a cornerstone not only of transplantation immunology but also of immunology in general. 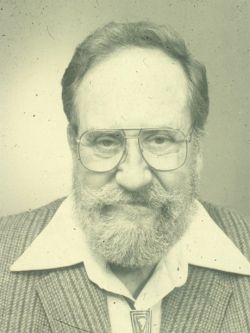 Ray was born on a dairy farm in Genesee, Wisconsin, where, after school, he often helped with the milking of the cows. His early career was intimately linked with Wisconsin, for he obtained a B.Sc. in genetics at Carroll College and went on to Ph.D. studies in Malcolm Irwin’s Department of Immunogenetics at the University of Wisconsin. There he was introduced to the study of genetic markers, principally in farm animals, and together with Clyde Stormont, he embarked on a study of the inheritance of red blood cell antigens in cattle. This led to his astonishing and groundbreaking discovery that fraternal twin calves almost invariably possess red blood cells with two quite different phenotypes—their own and those of their twin partner. Owen published his findings in 1945 in a short article in the journal Science, in which he pointed out that several decades previously F.R. Lillie had shown that cattle twins normally develop an anastomosis of their fetal circulations, thus facilitating the free circulation of blood from one to the other. To explain his remarkable findings Owen postulated that the foreign red cell precursors had established themselves in their foreign hosts and, far from being rejected, continued to produce red blood cells in adult life. Owen wrote, “Several interesting problems in the fields of genetics, immunology, and development are suggested by these observations,” not least among them the possible identification of the sterile female “freemartin” when twinned with a male.

Owen’s article was duly ignored until F.M. Burnet and F. Fenner published their monograph The Production of Antibodies” 4 years later. As part of a wide-ranging theory of antibody production, they highlighted Owen’s findings and put forward their notion of “self-markers,” postulating that the presence of foreign cells in fetal life would prevent the formation of antibodies later in life. In extending their speculations to the nonfatal infection of embryos with pathogenic microorganisms, they postulated that “tolerance to the foreign microorganisms” could come about. Thus, Owen’s experimental observations and Burnet and Fenner’s speculations marked the beginning of the tolerance story, which continues to the present day in the numerous attempts to induce tolerance in transplant recipients.

It was through Burnet and Fenner’s monograph that P.B. Medawar and his colleagues became aware of Owen’s findings, which helped them to explain their quite independent and apparently paradoxical finding that cattle dizygotic twins almost invariably accepted each other’s skin grafts after birth. They subsequently went on to explore the phenomenon of “acquired immunological tolerance” in experimental animals, principally in mice and chickens, which established tolerance as a universal phenomenon, enabling foreign tissues, such as skin grafts, to be permanently accepted in adult life. The hunt for the “holy grail” – the development of procedures that could be applied to organ transplant recipients – was now on.

It was at the University Wisconsin that Ray met his future lifelong partner, June Weissenberg, and together they moved to Pasadena in 1946, where Ray soon became professor of biology at the California Institute of Technology. He progressed rapidly from postdoctoral fellow to professor and chairman of the Division of Biology. He made his mark at Caltech, not only as an experimental scientist but also as dean of students and vice president of student affairs, offices that were time-consuming but that he greatly cherished. Although he published numerous papers in genetics and immunology, his subsequent greatest contribution was, arguably, the mentoring of numerous Ph.D. students, who almost without exception became distinguished immunologists. Indeed, Ray counted among his greatest satisfactions his interactions with his students. He continues to be admired and adored by his former students.

Among the many honors he was awarded were the Gregor Mendel Medal, the Thomas Hunt Morgan Medal of the Genetics Society of America, and the Peter Medawar Medal and Prize of The Transplantation Society, as well as several honorary doctorates. Alas, the Nobel Prize in Physiology and Medicine, given to Medawar and Burnet in 1960, eluded him, much to the disappointment of his many admirers, who included the Medawar team. Ray was very philosophical about that, and he and Medawar subsequently exchanged mutually admiring letters in which Medawar expressed his disappointment at Owen’s omission.

Ray Owen was a genial, modest, approachable, knowledgeable, and selfless man, and Caltech, where he spent most of his academic life and where he was one of the jewels in their crown, has cause to be grateful to a man who worked tirelessly and to great effect for the College in his many capacities. His wife June predeceased him last year, and he is survived by his son David, his other son Griffin Hugh having died at a young age in a motoring accident.

Ray D. Owen was awarded the Medawar Prize for his discovery immune tolerance, paving the way for organ transplantation.

No where is the diversity among the individuals of a species more evident than in the field of tissue transplantation. Surgeons today consider it axiomatic that a skin graft from one person will be rejected by any other person, unless the donor and recipient are identical twins.