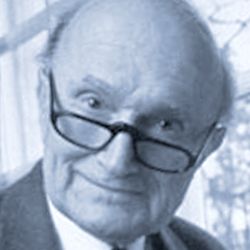 In the morning of the atomic age, there was optimism that the nuclear genie could heal as well as kill. By the mid-1950s, researchers had cured mice of leukemia by destroying diseased bone marrow with near-lethal doses of radiation, then rescuing them by transplanting healthy marrow.
Read More 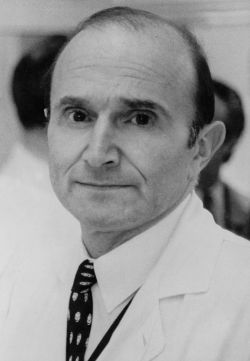 One physicist died from especially heavy exposure, and one was relatively unaffected. Dr. Georges Mathé, who died in France on Friday at 88, used the remaining four as guinea pigs in a radical experiment.

He injected bone marrow collected from donors to replace the damaged marrow. Bone marrow is spongy tissue found inside bones that contains stem cells that produce the body’s blood cells. For the first time, a human marrow transplant seemed to take, and the physicists survived. It was called the first successful bone marrow transplant not performed on identical twins.

In 1963, four years after treating the physicists, Dr. Mathé shook the medical world by announcing that he had cured a patient of leukemia by means of a bone-marrow transplant. In this case, there was no doubt that he had performed the feat of obliterating the patient’s stem cells and replacing them with a donor’s: the patient’s blood type had changed to that of the donor, the first time this had happened.

Most important, he demonstrated that stem cells injected in a patient not only heal radiation damage but also fight cancer. The reason is that the donor’s cells rule the body of the patient — whose own cells have been devastated — and attack the cancer as a foreign invader. The donor cells, however, can also attack the patient’s healthy ones, and vice versa. Preventing these attacks has been a principal concern of transplant science.

The leukemia patient died after 20 months, apparently of encephalitis. Judgments vary on whether the patient’s survival was long enough for Dr. Mathé to declare success.

But Dr. Brian Bolwell, chief of hematology at the Cleveland Clinic, said in an interview that Dr. Mathé had proved an important principle: “You can cure an incurable leukemia patient.”

In the process, Dr. Bolwell said, Dr. Mathé developed both a technique and an important term, “adoptive immunotherapy,” to describe how a person’s own immune system can be used to combat cancer and other diseases.

“It was quite a leap of scientific genius,” Dr. Joseph H. Antin, chief of stem cell transplantation at the Dana-Farber Cancer Institute in Boston, said in an interview. “He’s one of the original innovators. Much of what we have accomplished can be linked back in a fairly direct way to the work that he did in the 1950s and ’60s.”

Dr. Mathé worked at a time when original research on bone marrow transplants was percolating. A leader was Dr. E. Donnall Thomas, an American who in 1956 performed the first bone marrow transplant on a leukemia patient using marrow from an identical twin. (For years, such twin transplants were the only ones that worked.) In 1969, Dr. Thomas led the team that performed the first transplant between people matched by molecular analysis.

Dr. A. John Barrett, president of the American Society for Blood and Marrow Transplantation, believes, like Dr. Antin, that Dr. Mathé should have shared the Nobel Prize in Physiology or Medicine with Dr. Thomas, who received the award in 1990.

“It’s always dangerous to say who was first,” Dr. Barrett said of Dr. Mathé in an interview, “but he was a leader, he was an inspiration, he was certainly ahead of his time.”

Georges Mathé was born on July 9, 1922, in Nièvre, France, earned his medical degree from the University of Paris and fought with the Resistance against the Nazis in World War II. He was arrested and sent to a concentration camp in Poland in a cattle car, but the war ended shortly after he arrived.

In 1951 he worked for a year at the Sloan-Kettering Institute in Manhattan, where, he said, he became skeptical of overreliance on chemotherapy. He became chief of hematology at Institut Gustave Roussy in Villejuif in 1961 and in 1964 founded the Institute of Cancer and Immunogenetics in Paris, where he was director.

Dr. Mathé is survived by a wife and daughter, Agence France-Presse, the French news agency, said.

Early in his career, Dr. Mathé contracted hepatitis B and spent two years in a hospital bed. The memory motivated him to visit his patients at the end of each day in the lab. In a 1974 interview with New Scientist, he explained, “Experiencing suffering is necessary to be a complete doctor.”

An obituary on Oct. 21 about the oncologist Georges Mathé referred incorrectly to an experiment he conducted. He treated four physicists who had become ill from radiation exposure as a result of a nuclear reactor accident; he did not give them “life-threatening doses of radiation.” The obituary also referred incorrectly to the concentration camp to which Dr. Mathé was sent during World War II. While it was run by the German occupiers of Poland, it was not “a Polish” concentration camp.

Response by Georges Mathé (by Starzl, Thomas E. M.D., Ph.D.)
I am very sorry to inform you that Professor Georges Mathé cannot be here. He has been ill for some time with a disabling disease and simply cannot travel. He asked me to express his heartfelt thanks for the Medawar Prize, which he considers to be the greatest honor of his life. He also sent me a compilation of mementos of his early days in transplantation, with a request that I use it to prepare a response on his behalf. The collection contained a photograph taken in the 1960s of a remarkable assembly of bone marrow transplant pioneers including Dirk van Bekkum, Donnall Thomas, George Santos, and John Trentin. Mathé was in the middle of the group.
Read Medawar Award Lecture

Professor Georges Mathé, a man of literature as well as science, was born in 1922 in the village of Nieure and received his medical degree from the University of Paris in 1950. The theme of his professional life has been the use of immunity to treat neoplastic disease. These efforts began in 1958 when he obtained evidence in a mouse leukemia model of a graft-versus-tumor effect of transplanted hematolymphopoietic cells.

The present results of our treatment of acute lymphoid leukaemia patients are summarized: 7 out of 20 randomized patients given active immunotherapy after chemoradiotherapy are still in complete remission after periods varying from seven to ten years (compared to none in the control group).

The passage of new drugs from animial study to routine treatment can occur only through trails in man, in which three phases are distinguished.