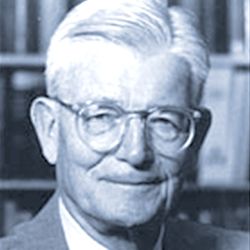 Article Introduction of Paul S. Russell Cosimi, A Benedict Author Information Transplantation: May 15th, 2005 - Volume 79 - Issue 9 - p 1022-1024 SDC It is an honor to have been given the privilege of introducing Dr. Paul Russell as one of this year’s recipients of the Medawar Prize. I thought it was especially fitting that Paul is being awarded the Transplantation Society’s most prestigious distinction this year because our 2004 Congress marks exactly (almost to the day, in fact) the 50th anniversary of Dr. Russell joining Sir Peter Medawar as his first foreign student. It was in Dr. Medawar’s lab that the mysteries of graft rejection were, in 1954, just being revealed by the triumvirate of Billingham, Brent and Medawar; and it was there that Paul committed himself to a career as a surgical scientist, dedicated to unraveling some of those mysteries. We will review some of his contributions in a moment.
Read More 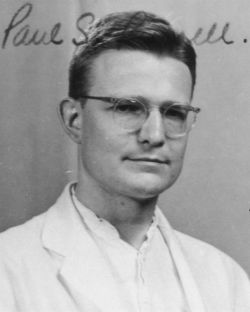 Paul was born in Chicago, Illinois. Growing up there, he developed deep roots on Lake Michigan where he and his ever-enlarging family continue today to enjoy their summers together. Here we see an early version of Paul at Fort Dearborn.

Ignoring the advice of Horace Greeley to ‘go West, young man,’ Paul ventured east to finishing school in Groton, MA. He then returned to Chicago where he received a Bachelor of Philosophy, Bachelor of Science, and then his M.D. in 1947 from the University of Chicago. Paul then returned east again to join the surgical house staff at the Massachusetts General Hospital in Boston. Here we see Paul around 1950 in the middle of his residency. Paul’s surgical training was interrupted in 1951 when he left Boston to serve two years in the Air Force during the Korean conflict. Fortunately he was assigned to Texas rather than Korea, because during that period he met and married Allene, who has been at his side at many of our congresses and has become well known to many of you.

Following his discharge from the Air Force, Paul returned to the MGH where he became intrigued by the reports of mouse skin graft tolerance being induced in a zoological lab in London. Paul doggedly sought a position in that laboratory; and, as I stated earlier, his efforts were successful so that Paul and Allene moved again from Boston, this time to London, exactly 50 years ago. While there, Paul initially pursued studies on the peculiar antigenicity of endocrine tissue transplantation.

Paul then returned to Boston where he completed his surgical training and joined the surgical staff, only to be recruited away again, this time to Columbia University in New York City. This, however, proved to be a short separation and Paul was immediately recruited back to what had become his true home. In 1962 he was appointed as Chief of Surgery at the Massachusetts General Hospital. Here we see Paul with the interns and residents in 1965.

In addition to running the department, Paul established an unusually productive transplantation surgery laboratory in which he trained numerous of our associates. Here we see a photo of one of his laboratory groups around 1966.

Over the past five decades, Paul has made a number of important contributions to our field, including: early clinical trials of marrow transplantation for treatment of leukemia; understanding the antigenicity of the trophoblast; studies of rodent “runt disease,” which was the forerunner of graft-versus-host disease; helping to elucidate the immunosuppressive properties of antilymphocyte sera, which has had important research and clinical implications; development of microsurgical models for organ transplantation in mice and applications of these models to the understanding of immune responses to vascularized allografts; and, most recently, description and elucidation of the mechanism of graft atherosclerosis in the mouse heart transplant model. Paul has been a stalwart of the Transplantation Society, which he helped to found and of which he was the fifth president. Throughout his career, his ability to work at the interface between basic science and clinical applications and to hold the respect of his colleagues in both arenas has given him a unique capacity to elevate the scientific quality of our entire field.

In 1990, Paul ostensibly retired from transplantation. At that time, I thought Dr. Tom Starzl summarized Paul’s career most succinctly when he stated: ‘…all the while your profile grew of the surgeon/scientist, the Socratic educator surrounded by students from three generations, the disciplined investigator with brilliant insight into murky problems, and the Bostonian gentleman.‘ As noted already, Paul really didn’t retire, and he continues his many active roles as a teacher, administrator, and continually funded investigator in our Transplant Unit.

In addition to his active career in transplant surgery, Paul has remained close to his family, most of whom gather annually at the compound on Lake Michigan.

It has been my privilege to be one of Paul’s students, to be his surgical colleague, to be his successor as Chief of the Transplant Unit at the Massachusetts General Hospital; and it is an honor to document his many contributions to the field of transplantation. Friends and colleagues, I present to you, Dr. Paul Russell.

Thank you, Dr. Cosimi, for those generous words. I have been fortunate indeed that Ben has been my close colleague, and my successor, for a number of years. I have much to thank him for. I also thank those responsible for this award. Professor Groth, ladies and gentlemen.

I have been instructed to tell you something of my life’s work in ten minutes. I will say a few words about only one subject, that of immunological tolerance, the discovery that drew me into the field of transplantation, and a subject that has occupied a considerable portion of my time, and that of my colleagues, since. I will make two cautionary comments about tolerance for clinical use, and I will finish with a little story about my teacher’s, Peter Medawar, thoughtfulness of others, one of his many winning qualities.

Leslie Brent had recently received his PhD degree working with Medawar in Birmingham and had recently moved to London with Peter and R.E. Billingham (Bill). The Department of Zoology at University College was in old quarters but in its dark rooms one could find a most interesting collection of scholars, some quite eccentric.

The Russell Museum - About the Museum


The Russell Museum is dedicated to drawing connections between innovations spanning more than 200 years, from the hospital’s charter in 1811 to the present day. Visit us for an experience that will inform, inspire and engage.

The death or impending death of a child in the pediatric intensive care unit (PICU) affects the dying child, family members, other children and families in PICU as well as the team members. Bereavement support is particularly difficult if the death is sudden and unexpected.