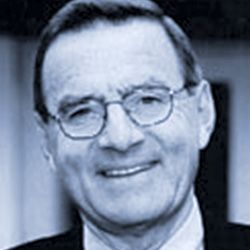 The Swedish surgeon Carl Gustav Groth has been a major figure in transplantation for more than 40 years. His full-time engagement in transplantation (Table 1) began at the University of Colorado, first as a Fulbright Scholar and then as an associate professor. In Denver, he was an indispensable team member in the first successful human liver transplantations in 1967. This was a signature achievement.
Read More

However, it was only the tip of Groth’s Colorado iceberg. His supporting studies in dogs resulted in improved liver preservation and standardization of antilymphoid globulin (ALG), demonstrated the dramatic decline of hepatic blood flow caused by liver rejection and established that transplantation of lymphoid tissues corrected canine hemophilia. His clinical reports included the first descriptions of the value of scintography in liver transplantation, the first correction by liver replacement of an inborn error (Wilson’s disease), the first successful human parathyroid alloengraftment, and the efficacy of “triple-drug” immunosuppression with azathioprine, prednisone, and ALG.

Similar high level innovations continued after Groth’s permanent return to Stockholm in 1972. All were thematic. The foremost continuous theme was organ transplantation, with particular focus on the pancreas. This included his initially controversial advocacy of today’s accepted enteric drainage of pancreatic exocrine secretions. His book Pancreas Transplantation, published in 1988, was the first of its kind and provided crucial incentives for continuation of such efforts. His demonstration that pancreas transplantation ameliorated diabetic complications was years ahead of its time. A second theme was improvement of immunosuppression. He was chief investigator for multinational clinical studies of cyclosporine, tacrolimus, mycophenolate mofetil, and sirolimus (including the first use of sirolimus as the baseline agent). A third theme was cell transplantation. After showing the viability of ectopically transplanted rat hepatocytes (in 1974), he corrected rat glucuronyl transferase deficiency with liver cells (in 1977) and ultimately delineated human inherited disorders that were correctable by bone marrow cells, beginning with Gaucher’s disease. A related fourth theme was transplantation of pancreas islet xenografts, which culminated in an historical pig to human trial of 10 patients with islet survival and C-peptide secretion >1 year.

The quantity and quality of these contributions suggest a superhuman effort. It should be added that Groth also had very real human qualities, best exemplified by a few revealing photographs (Figs. 1–3). May I present Professor Carl Gustav Groth.

Thank you, Dr Starzl, for your very kind introduction. Chairman Sutherland, President Wood, members, and guests, it is indeed a great honor to stand before you as one of the recipients of the 2006 Medawar Prize.
In the early days, there was only one organ that was transplanted: the kidney. Today there are a multitude of organs, tissues, and cells being transplanted. Early on, the results were unpredictable and unsatisfactory—today, the results are predictable and satisfactory. It is truly a privilege to have been part of this remarkable evolution.
Read Medawar Award Lecture

Toward clinical trials of islet xenotransplantation

In a recent Commentary in Xenotransplantation, Philip O'Connell outline the challenges of pig-to- human islet transplamation (Tx). His emphasis is on the prevention of the xenogeneic immune reaction. In the present Commentary, we attempt to provide a road map toward clinical pig islet Tx.

Production of a Standardized Anti-Lymphocyte Globulin

The production of a standardized human anti-lymphocyte globulin (ALG) has been hampered by the unavailability of a standard antigen for immunization, and by the finding that most immunization schedules produce variable results in different animals of a given species. In the present study it was found that horses immunized with cultured human lymphoblasts in a schedule of “maximum stimulation”, all developed a very similar antibody response.

There have been 9 reported attempts of orthotopic homotransplantation of the human liver—7 in Denver and one each in Boston11 and Paris. Survival time was 0 to 23 days. There were multiple reasons for death in each case, but in most an important factor was either the failure to obtain good immediate liver function or the inability to subsequently maintain such function.