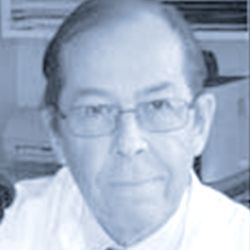 It is a great privilege to present Professor Pekka Häyry, a recipient of this year’s Medawar Prize. Few of our members have contributed so much to the biology of our field. This presentation also gives me much personal pleasure as we have been friends and associates for over 30 years.
Read More 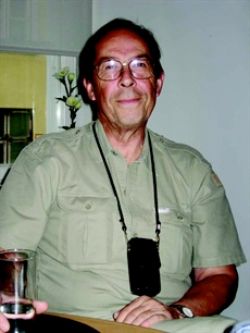 He received his M.D. and Ph.D. degrees from the University of Helsinki, an institution he still graces. A series of elegant experiments defining the sensitized cell populations infiltrating acutely rejecting grafts, initiated during a fellowship at the Wistar Institute in Philadelphia and pouring from his laboratory for many years thereafter, raised his scientific profile to great heights.

I first met Pekka at the 1974 Transplantation Society meeting in Jerusalem (Figure 1). I too had become interested in infiltrating cells and had devised a rather laborious technique to remove them from rejecting organ grafts. However, my abstract was not accepted. I was crushed. Even worse, a young Finn with an impenetrable accent and accelerated delivery presented similar data using a much simpler model. I asked him how he had thought of it; he airily replied that it had come to him in the toilet. I still have not dreamed up an appropriate riposte.

In more recent years, he and his coworkers have made considerable advances in the enigma of chronic rejection, another common field of interest.

At the same time, he is a talented surgeon. I remember staying with him in Helsinki years ago. As these were relatively early days in clinical transplantation, one of his then novel operations was broadcast on television. We watched. I was impressed. Only later did I discover that the patient was a pig.

A man of incredible energy, Pekka has been active in a variety of causes (Figure 3). For years, he raised sheep on his farm for the production of antisera. He has made substantial contributions to the Ancient Byzantium Orthodox Church. One of these involves preserving, cataloguing, and digitalizing the incomparable collection of ancient manuscripts in the library of the Patriarchate of Alexandria. An important humanitarian activity has been his organization of medical aid for the ill and the poor throughout the Middle East via Patriarchate mercy hospitals.

Pekka has also accrued many important honors around the world, including nine knighthoods.

I am delighted and honored to present him to the membership as a winner of the Medawar Prize.

I entered the medical school at the University of Helsinki at the age of 18 in 1958. This was not uncommon those days, as we have a six-year curriculum compared to the four years in the United States. On the first day, I also performed my first operation. I bought a scalpel for anatomical dissection work and cut my finger with it.
From the very beginning, I wanted to become a surgeon. In order to keep doors open for academic surgery, I started research on experimental pathology. From then on, and throughout these years, I have been blessed with great tutors, collaborators and students. This is a tribute to all of them. My first tutor was Professor Lauri Saxen, a famous embryologist and later Chancellor of the University of Helsinki. With him I published my first paper on cell electrophoresis, in 1965, in Nature.
Read Medawar Award Lecture

How to Diagnose Chronic Rejection. A Study in Porcine IntestinalAllografts

Porcine small bowel allografts were followed for 18 weeks during immunosuppression with cyclosporine-A(CyA), azatioprine and prednisone. The mucosal alterations noted at the 12th week were epithelialvacuolation and loss of Goblet cells. Moderate infiltration of inflammatory cells, mainly lymphocytes, wasfound in the lamina propria. In addition, a few grafts exhibited oedema and fibrosis.

This article is a summary of the impact on contemporary medicine of organ and tissue transplantation. The article describes how, via trial and error, and beginning from basic research, the results of organ transplantation have steadily increased as has the number of organs that can be transplanted. Currently, the short-term results of most organ transplants, with the notable exception of the pancreas and the lung, are close to perfect; very few organs are lost any longer due to acute rejection. There is, however, little information on long-term results using the current modalities of immunosuppression, particularly on the effect of chronic rejection on late graft survival.

With an aim to investigate the relative sensitivity of various renalstructures to allograft rejection, we analyzed the histochemical reactionintensity of seven enzymes prominently displayed in various rat kidneycomponents, and correlated the expression of these enzymes both tothe degree of intra-graft inflammation and to the expression of class IIMHC antigens in graft capillary endothelial cells.