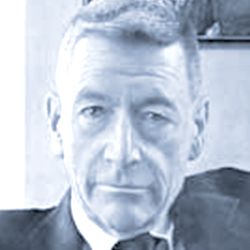 Introduction of the 2010 Recipient of the Medawar Prize of the Transplantation Society: Professor Clyde Barker

The Transplantation Society (TTS) has bestowed the Medawar Prize at each of its biennial Congresses since 1990. Designed to honor Sir Peter Medawar for his seminal contributions to transplantation, it is considered to be among the outstanding world honors for scientific achievement. The prize recognizes individuals who have made a significant discovery or contribution to the field or who have amassed a lifetime body of work in immunobiology, experimental, or clinical transplantation.
Read More 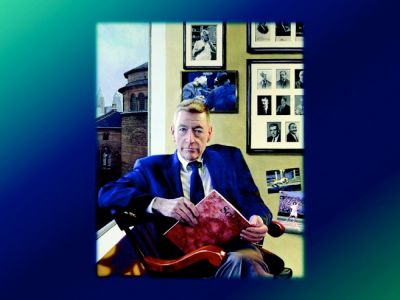 Winner of the Nobel Prize in 1960 for opening the field of transplantation biology and the first President of TTS, Peter Brian Medawar began his career as a young Oxford zoologist. Too tall for military service, the War Wounds Committee of the British Medical Research Council firmly suggested that he be “of service to the medical community” and examine why skin grafts placed between individuals inevitably failed. After an initial collaboration with a plastic surgeon studying patients in the Burns Unit of the Glasgow Royal Infirmary, Medawar returned to Oxford where he confirmed their clinical findings in careful rabbit experiments, proving that genetic differences between donor and host evoke differential immune responses and that the animal would eject a “second set” of skin grafts from the same donor in an accelerated fashion; in brief that immunologic host mechanisms mediate graft behavior. Later, with colleagues, Rupert Billingham and Leslie Brent (“The Holy Trinity”), he showed in mice that introduction of specific foreign cells during fetal or neonatal life could prevent subsequent skin graft rejection. The subject of “immunologic tolerance” continues to captivate investigators to this day. A lifelong contributor and supporter of the emerging field of organ transplantation, Medawar's scientific, literary, and philosophical influences remain as guiding lights for those who follow. TTS received more nominees for the 2010 Medawar Prize ever before, each individual being exceptionally qualified. Having wrestled with such an array of deserving talent, the Committee chose Dr. Clyde Barker as best exemplifying the spirit of the award.

Dr. Barker is a native of Salt Lake City, a graduate of Philips Exeter Academy, Cornell University, and Cornell University Medical College. He has spent his entire professional career at the University of Pennsylvania where he trained in general surgery and completed a fellowship in vascular surgery. During his first year on the surgical faculty in 1966, he initiated the University's transplant program by performing a kidney transplant, now one of only a small number in the world that still functions 44 years later. The multiorgan transplant program he founded and directed until 2001 has grown to be one of the largest in the United States, with more than 400 transplants carried out per year. From 1966 to 2001, he was Chief of Transplantation Surgery; from 1982 to 2001, Chief of Vascular Surgery; and from 1983 to 2001, Chairman of the Department of Surgery.

Despite this demanding clinical load, Dr. Barker has been the quintessential surgical scholar, with investigations in transplantation biology that have lasted over many decades. His research interests can be traced to those of his most important mentor, Rupert Billingham in the Department of Medical Genetics at the Wistar Institute at Pennsylvania, one of the seminal figures with Brent and Medawar in the early studies of neonatal tolerance. A highly recognized scientist, he eventually became President of TTS and later received the Medawar Prize. Clyde's close relationship with this important mentor was an enduring and fulfilling one.

Stimulated by this scientific experience, Clyde persisted in his laboratory investigations so effectively that he is credited with four important contributions in immunobiology. His early work with Billingham on a variety of “immunologically privileged” sites, including alymphatic skin pedicles, hamster cheek pouch, muscle, and the thymus, increased general appreciation of the phenomenon of antigen presentation and the relationship between host cells and the graft. The subsequent observation that isolated pancreatic islet cells could reverse diabetes in experimental animals, arising independently from coincident work by others, culminated in the establishment of a clinical islet program in 2000. The third advance noted that autoimmunity, not alloimmunity, could destroy transplanted islets. The fourth was the induction of central tolerance by intrathymic inoculation of antigen, experimental data that have long stimulated further investigations on this subject.

What is less generally known, perhaps, is Clyde's prowess on the tennis court. A star player from his youth, he has played at the US Open, Wimbledon, and other important venues, and continues to compete nationally and internationally.

His career has been one of consistent excellence and productivity, both in the clinical and investigative realms. He is a member of a spectrum of important professional organizations, has assumed the presidency of several, and has accrued many prestigious awards. Most importantly, perhaps, he has been a great supporter to his young residents and research fellows who remain fiercely devoted to him. Happily married for over a half-century, Professor Barker is a most worthy addition to the pantheon of Medawar awardees

Finding that my name would be added to the list of Medawar Prize Awardees was a wonderful but humbling experience. I am grateful to the selection committee members, Nick Tilney, Kathryn Wood, David Sutherland, Oscar Salvatierra, and Carl Groth (also a Medawar Prize winner).
I also need to thank several other Medawar Prize laureates who introduced me to the field. In 1964 (2 years before this Society was formed) and shortly before I finished my residency, I visited several university centers to explore possible specialty career pathways. At the University of Colorado, Thomas Starzl invited me to scrub with him on a kidney transplant. This was an inspirational experience that sold me on pursuing a career in transplantation. Even more importantly during that visit to Denver, I found out that more than two third of Starzl's kidney transplant recipients were long-term successes. At Pennsylvania, I had been told that success was too unlikely to justify embarking on transplantation at a conservative institution like ours. In fact, Starzl's results were unique. At that time, more of his kidney recipients were alive with functioning grafts than those of the rest of the world's combined programs. My enthusiastic description of the Colorado results persuaded the authorities at Pennsylvania that it might be time to attempt transplantation. To my surprise, I was chosen to start the program. Fortunately, my first kidney transplant worked. If it had failed, I doubt that I would have had the chance to deliver this speech. Remarkably, that kidney is still working after 44 years.
Read Medawar Award Lecture

Except for legends and claims of miracles, most histories of transplantation cover only the last 60 years because there were no earlier successes. However, the story of even this era has been documented in such rich detail that a full account would fill several volumes. Thus, this brief summary must be limited to highly selected “landmarks.” Some landmarks had an immediate impact, but the importance of others went unrecognized for decades.

Hyperglycemia induced in animals by beta cell toxins or by pancreatectomy can be reversed by pancreatic islet transplantation. Abnormal carbohydrate metabolism in juvenile onset human diabetics has also been corrected, albeit temporarily because of graft rejection, by pancreatic transplantation. It does not necessarily follow that naturally occurring diabetes in animals or adult onset diabetes in man would respond to similar treatment.

Skeletal Muscle as a Privileged Site for Orthotopic Skin Allografts

It is well established that allograft rejection may be delayed or even abro- gated in sites devoid of lymphatics, such as the brain, the anterior chamber of the eye, the hamster's cheek pouch, and skin pedicle flaps in guinea pigs and rats. Certain other sites, including the testicle and subcutaneous fat may also afford grafts some measure of protection from the normal rigors of transplantation immunity on the basis of diminished though not absent lymphatic circulation.

Dr. Barker - In their own words