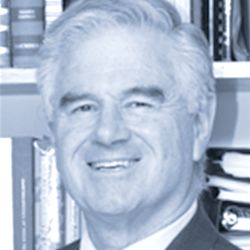 It is both a great pleasure and a great honor to introduce David H. Sachs as the recipient of The Transplantation Society’s highest recognition award, the Medawar Prize. In view of his many seminal contributions to the field of transplantation, I cannot envision a more deserving recipient. Fittingly, one of these contributions, the development and translation from animals to humans of mixed chimerism as an approach to transplantation tolerance, represents realization of the dream launched by the work of Sir Peter Medawar, in whose honor this prize is named and awarded. David is also being recognized for being the first to identify class II MHC antigens serologically in 1973, and going on to demonstrate their central importance in organ transplantation. The third seminal contribution for which David is being recognized today is his development of miniature swine as a large animal model for allogeneic transplantation and as a source animal for xenotransplantation. David recognized early in his career the need for an alternative organ source to make up for the inadequate human organ supply and presciently identified the miniature swine as an optimal source animal, due to its closeness in size and physiology to the human. After generating several lines of inbred miniature swine and developing them for unique, MHC-defined pre-clinical allotransplant models, David modified one inbred line through genetic engineering to improve its potential utility as a xenograft donor, leading to exciting advances in this field that are continuing today. 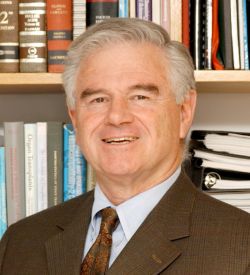 David Howard Sachs was born in New York, NY on January 10, 1942. He attended grammar school and high school in Yonkers, New York before matriculating at Harvard College, where he graduated summa cum laude in 1963. As an undergraduate student, David became captivated by laboratory research while working in the organic chemistry laboratory of Professor Louis Fieser, which inspired him to pursue a master’s degree equivalent in organic chemistry at the University of Paris on a Fulbright Fellowship. He then returned to Boston to pursue his MD degree at Harvard Medical School, where he graduated magna cum laude in 1968. As a medical student, David became fascinated with transplantation and with the notion of inducing tolerance, which led him to pursue research with Paul Russell and Henry Winn at the Massachusetts General Hospital (MGH). He stayed at the MGH to begin a surgical residency in 1968, where he also continued his research in transplantation. From 1970 to 1972, he fulfilled his military service, working as a research associate in the laboratory of Dr. Christian Anfisen at the National Institutes of Health (NIH). He extended his leave of absence from the MGH to accept a more senior position in the National Cancer Institute (NCI), where, following his groundbreaking discovery of class II MHC in 1973, he elected to stay longer, to pursue this research. He was appointed director of the Transplantation Biology Section of the Immunology Branch, NCI, in 1974, then chief of the Immunology Branch in 1982.

In 1990, David returned to the MGH and Harvard Medical School, where he felt he could bring his translational goals to the next level as a professor of surgery and director of the new Transplantation Biology Research Center, which rapidly became one of the world’s leading transplantation centers. I was fortunate to be recruited by David as an assistant professor and benefited from the rich and collaborative research environment he created. It was there that David, with Drs. Ben Cosimi and Tatsuo Kawai, established the preclinical nonhuman primate transplant model that was pivotal in leading to the first clinical trials of combined kidney and bone marrow transplantation with intentional achievement of transplantation tolerance. David recognized that to achieve his translational goals, a key component would be a clinical bone marrow transplant (BMT) program, for which he was able to work with MGH to recruit Dr. Thomas Spitzer as director. Soon after Dr. Spitzer established the BMT program, he and I began to collaborate on the development of a mixed chimerism-based strategy for treatment of cancer patients that ultimately led to the protocol David and Ben used for the induction of renal allograft tolerance in the clinic. This collaboration between the BMT and organ transplant programs, for which David was largely responsible, permitted the culmination of a vision that he had developed over more than 20 years, beginning with his studies of mixed chimerism for tolerance induction in rodents, followed by the porcine and nonhuman primate studies and ultimately the successful application in humans.

I would like to end this introduction with a few personal comments about David, who has been a role model, mentor, collaborator, and friend through my entire scientific career. I first met David in 1984 when he was chief of the Immunology Branch at the NCI, near the end of an arduous day of tightly timed half-hour fellowship interviews, each of which seemed to require a sprint across the vast NIH campus. Needless to say, I was somewhat frazzled when I entered David’s office 20 minutes late for my 14th interview of the day. I was visiting the NIH to find a laboratory in which to pursue research in immunology, but had thought I would most likely work in an area of autoimmunity. David’s manner immediately put me at ease, and his infectious enthusiasm and willingness to discuss ideas inspired me to enter the field of transplantation, as I quickly realized that I had found a mentor. He has similarly inspired and mentored generations of young scientists, many of whom went on to become leaders in our field. I consider myself very fortunate to have been one of the many beneficiaries of David’s mentorship and also to be among the many who consider him one of their best friends. David’s generosity, wisdom, and single-minded dedication to his goals have set an example to which younger scientists can aspire. This legacy, combined with the ground-breaking scientific contributions David has made in our field, deserves our deepest appreciation and recognition, which are now bestowed upon him with the award of the Medawar Prize.

I am honored and grateful to be the recipient of this award, especially because the work of Sir Peter Medawar was of such great importance to the development of my own career and to that of many of my mentors and colleagues. I have been asked today to provide a brief summary of my career, which I will attempt to do in the time allotted. However, because that time is brief, I must apologize in advance to the many people whom I may not mention by name, but whose efforts and contributions have been of great importance to my career and to whom I am also very grateful.
I trace the beginning of my career in the field of transplantation to a lecture by Hugh McDevitt, during my second year at Harvard Medical School, in 1965. During that lecture, McDevitt described an experiment of nature which had been reported 2 decades earlier by Ray Owen, concerning the inheritance of blood groups by Freemartin cattle. These are fraternal cattle twins born of a common placenta. Owen had demonstrated that the blood groups of these cattle could only be explained by an exchange of hematopoietic cells between the twins in utero, which had thereafter survived into adult life. Sir Peter Medawar exchanged skin grafts between these cattle and found that they survived much longer than would have been predicted for fraternal twins. Recognizing that long-term survival of blood cells exchanged in utero implied that the animals had become immunologically tolerant of each other’s tissue antigens, he and his colleagues then demonstrated the same phenomenon in the laboratory, using inbred mice. They showed that injection of hematopoietic cells between disparate strains of mice during the first 24 hours of life led to long-term acceptance of skin grafts in many of these mice when they reached adulthood. This was the first demonstration of the intentional induction of transplantation tolerance.
Read Medawar Award Lecture

You graduated from Harvard College with a degree in Chemistry and went on to receive a Diplome d’Etudes Superieures de Sciences from the University of Paris. What motivated you to continue your studies abroad?

Transplantation Tolerance Through Mixed Chimerism: From Allo to Xeno

I would like to thank the organizers of this meeting for providing me with this opportunity to summarize the studies in which I have been involved for the past several decades directed toward the use of mixed hematopoietic chimerism to induce transplantation tolerance across allogeneic and xenogeneic barriers.

Tolerance: Of mice and men

Little is known about the effect of an individual’s immune history on his or her response to an allogeneic tissue transplant. An important study now reveals that individuals harboring virally-induced memory T cells that are cross reactive with donor alloantigen are resistant to conventional strategies designed to induce transplant tolerance.

Mixed Chimerism: From Allo to Xeno

Funding Clinical and Experimental Research - The US Perspective