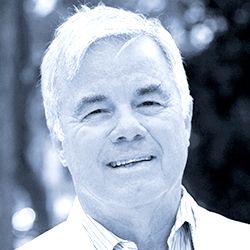 Introduction of Jean-Paul Soulillou, MD, Recipient of the 2016 Medawar Prize

It is indeed a pleasure for me to introduce Jean-Paul Soulillou as the Medawar Prize Winner for 2016. I have known Jean-Paul for many years and indeed in the past served on his Advisory Board for the Nantes Transplant Institute. As we had many overlapping interests in research, especially in tolerance induction, we have always kept a close eye on each other's work. He was also a visiting professor some years ago in my department at the University of Oxford, and so I feel well qualified to introduce him as this year's Medawar Prize winner. 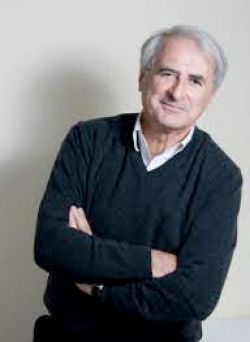 Jean-Paul was born in Bordeaux in 1944and went to medical school in Bordeaux, and Nantes, graduating in 1968. He was a resident at the Nantes University Hospital and then spent a very interesting year in a “foreign organisation in healthcare” (like a French Peace Corps) in the mercury mines in Tunisia. This had quite an impact on his life, it being the first time he had been out of France and been exposed to healthcare in a poor country. At the end of his time there, he could question a patient in Arabic.

In 1974, he went to the Peter Brent Brigham Hospital as a research fellow to spend 15 months with Bernie Carpenter, and without question, this experience had a major impact on his whole future career. He also met his wife to be, Helga, in Boston, and she has been a great support for him ever since.

He returned to Nantes University, where by 1980, he had become Professor of Immunology. He was the founder and director of the prestigious Institute of Transplantation at the University of Nantes, a position he held from 1991 to 2010. He was also the founder and director of not 1, but 3 Institut National de la Santé et de la Recherche Medicalej (INSERM) units between 1986 and 2007. He also served on the external Advisory Board for the NIH Immune Tolerance Network and was the founder of 3 Biotech companies. He served on the editorial boards of a number of journals including the New England Journal of Medicine, American Journal of Transplantation, Transplant International, and Transplantation. He also founded the Nantes Actualitiés in Transplantation course which is held annually and remains extremely popular to this day.

As one might imagine, he has won quite a number of prizes for his work. For example, in 1998, he won the L. Binet Prize of the French Foundation of Medical Research; in 2002, the Eloi Collery Prize of the Academy of Medicine; in 2008, he was awarded The Transplantation Society Award for his outstanding achievement in transplantation science, and in 2012, he was awarded the prestigious Prix d'Honneur of INSERM (which is only given to 1 scientist each year) in recognition of his outstanding work with INSERM over many years.

He has published some 540 scientific articles, and of these, my favourites are his article in the New England Journal of Medicine in 1990 and also a follow-up in Lancet in 1997 showing that IL-2 receptor antibodies can prevent rejection; antibody to class II HLA antigens is associated with rejection (Lancet, 1978); the mechanism of immune tolerance and rejection (articles published in leading journals over many years) and another very important paper published in 1998 in the Lancet “Cancer after transplantation related to the weight of immunosuppression.”

Jean-Paul Soulillou is married to Helga, and has 3 children, Muriel, Adrien, and Marc. His only hobby is research, and he does not claim to have climbed Mount Everest, done white water rafting, played golf or, indeed, any of these rather macho pursuits, and he tells me that his only eccentricity is being French.

Jean-Paul Soulillou has been an outstanding clinical scientist in the field of transplantation, and Mr President, I cannot think of anyone worthier to be a recipient of the Medawar Prize.

I first would like to thank Sir Peter Morris, Prof, as I use to call him since a visiting professor stay on Oxford, for having accepted to introduce me to the audience and for his kind words. Needless to say how proud and grateful I feel for receiving this award. But I feel also very humble; humble not only in front of the iconic portrait of Peter Medawar of course but also in front of the gallery of the past Medawar Prize recipients. But more, I feel in front of this distinction as a kind of representative—only one of the several ambassadors of my generation.

Modification of pathogenic antibodies for autoimmune diseases illuminated the biologic relevance of B cells, plasma cells, and pathogenic antibodies in autoimmunity. They have also rejuvenated interest in how B cells mediate multiple effector functions that include antibody production, antigen presentation to T cells, costimulation, and the production of immune stimulating and immune modulatory cytokines. Repurposing these drugs from autoimmunity and cancer immunotherapy has yielded important advancements in the care of antibody-mediated rejection patients and novel drug development aimed at HLA desensitization have recently emerged.

Intravenous Immunoglobulin a Natural Regulator of Immunity and Inflammation

Intravenous immunoglobulin (IVIG) products are derived from pooled human plasma and have been used for the treatment of primary immunodeficiency disorders for more than 25 years. IVIG products are also effective in the treatment of autoimmune and inflammatory disorders; however, the precise mechanism(s) of action is not known. Recent investigations suggest that IVIG has a much broader ability to regulate cellular immunity including innate and adaptive components. IVIG is also a recently recognized modifier of complement activation and injury. Here, we discuss these important advancements and how this knowledge applies to desensitization protocols and to the treatment of antibody-mediated rejection.

Presensitization: The Problem and Its Management

Much attention has been placed recently on transplantation in highly HLA-sensitized patients. In attempts to remove these antibodies and enable successful transplantation, several novel approaches have been developed. These include intravenous Ig (IVIg), mycophenolate mofetil, sirolimus, alemtuzumab, protein A immunoabsorption, and rituximab. IVIg has emerged as a very effective agent when used alone in high dose or when used in low dose and combined with plasmapheresis.

Emerging Therapies for Prevention and Treatment of Antibody Injury to Allografts

New Agents for the Prevention and Treatment of AMR

How to Measure Desensitization Therapy

Modification of B-cells in Alloimmunity