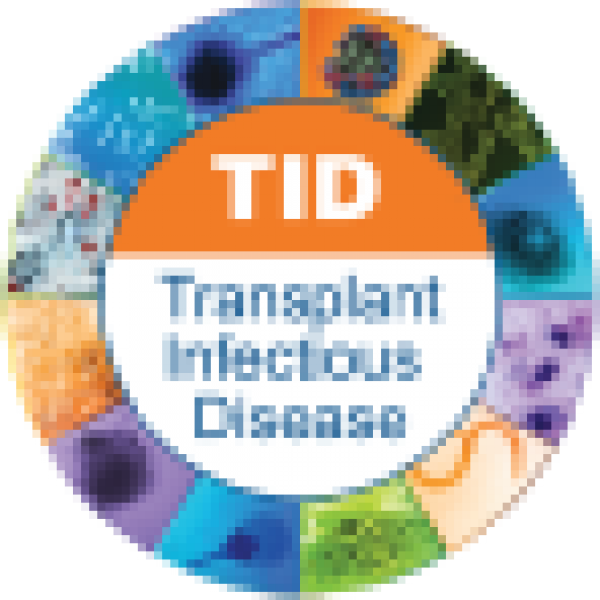 This document provides guidance for transplant practitioners on monkeypox (MPX) and organ transplants. We acknowledge that our current understanding of the disease is incomplete. This guidance will require revision as new evidence emerges.

In these guidelines, we adopt a conservative approach to organ donation with regards to MPX transmission. We err on the side of safety.

We recognize that many institutions already have experience with MPX. This document makes suggestions, but its aim is not to be dogmatic. Individual programs and patients should make their own decisions based on the clinical circumstances of the potential donor and the needs of the potential recipient, as well as their own experience with MPX disease.

Introduction
To date, there are no reports of MPX transmission from donor to recipient. Nevertheless, it is possible that a person incubating MPX sustains a cerebral hemorrhage and within days, becomes a potential organ donor. Emerging data indicate that the cases in the current worldwide outbreak demonstrate marked differences from the original descriptions of cases that originated from Africa. [1] A viral prodrome of fever, myalgia does not often precede the rash. [2] Many of the patients have very few vesicles. [2] Some patients have vesicles only in the genital and/or peri-anal regions. [2] There are also reports of asymptomatic infections. [3]
Epidemiology
On 23rd July 2022, the World Health Organization (WHO) elected to call MPX a public health emergency of international concern. Cases of MPX infection have been reported in all six WHO regions. [4]) This is the first time that sustained community transmission is occurring in areas outside West or Central Africa. As mentioned, this outbreak presents a different epidemiological pattern, with the main mode of transmission appearing to be close physical contact during sexual activity; the majority of individuals infected reported multiple sexual partners in the weeks preceding their illness.
Clinical overview
MPX is a zoonotic disease caused by a DNA virus of the Orthopoxvirus genus. Transmission usually occurs from direct contact with blood, body fluids, and cutaneous or mucosal lesions of infected animals and humans. Additionally, transmission may occur through the placenta or during close contact during and after birth. In the classically described illness, after an incubation period of 5 to 21 days, patients present with a prodrome that includes fevers, chills, and myalgias, with a characteristic rash. [1] The rash can be pleiomorphic and is commonly localized to the face initially. Lesions on the palms and soles have also been described. [1] Mucous membranes, including conjunctivae, can be involved. In the ongoing outbreak, however, patients have presented with genital, rectal, and/or oral lesions without the initial prodrome. [2] The illness typically lasts 2-4 weeks. Several complications have been reported and include secondary infections, bronchopneumonia, sepsis, encephalitis, and infection of the cornea. More recently, asymptomatic infection has been documented, albeit only in a small number of persons. [3] What role the asymptomatic play in transmission is not clear.
MPX AND ORGAN DONATION

The impact of MPX and the potential risk of viral transmission through organ donation are still unknown and the guidelines will be updated as new evidence emerges. Therefore, the current position is one of caution.

We suggest that any person in the following categories be excluded from organ donation:
Currently suffering from MPX

In monkeys, viremia is a “constant feature of infection”, likely responsible for dissemination of the virus to the secondary and tertiary target organs. [5] Viremia is said to occur from the 3rd and 14th days. [5] The data on DNAemia and viremia in humans is sparse. Norz et al found that DNAemia could be demonstrated but that it fell during the week during which blood was obtained and tested for DNAemia. [6] Norz et al, however, did not test for DNAemia beyond the first 10 days. [6] Adler et al documented MPX DNA and blood and urine up to about the 70th day of illness in a one patient (the others were not tested beyond 20 – 25 days). [7] There is no information on whether or not this represented viable virus.

There are also infection control considerations. WHO advises that MPX patients be managed with a combination of contact and droplet precautions. [8] MPX DNA has been found on a variety of patient samples apart from skin lesions – these include nasopharyngeal swabs, saliva, urine, feces, and semen. [9]

There are also reports indicating that MPX DNA can be found in the inanimate environment of rooms occupied by MPX patients. [10]

In light of the subtle clinical presentation in a small percentage of MPX cases, we suggest that the medical team managing potential donors conduct a full physical examination that includes inspecting the genitalia for ulcers.

Until we have a clear understanding of the clinical virology of this emerging virus, such as the duration of viral viability in the viscera, we recommend against accepting organs from a person currently suffering from MPX.

Several distinguished organizations have commented on this. How soon after recovery can organs from an infected a person be used for transplantation – there is no consensus. The American Society of Transplantation (AST) considered that donors with confirmed MPX infection should postpone donation until all skin lesions have healed and skin re-epithelialization has occurred. [11]

The NHS-Blood and Transplant United Kingdom, on the other hand, recommended that donation may be considered from 8 weeks after complete recovery from illness in proven cases. [12] This recommendation seems to have been based on the Adler et al publication mentioned above. (We know that one patient in the series of Adler et al had “ongoing lymphadenopathy”. After sexual intercourse about 6 weeks after recovery, he appears to have had a clinical relapse, with skin lesions that were MPX PCR-positive. We are unable to determine if this represented re-infection, or recrudescence of the original infection. We also do not know the immune status of the patient. [7])

The Spanish recommendations for transfusion recommend that persons confirmed positive for MPX be excluded from donation for 120 days. [13] It is not clear if the countdown starts from the first day of symptoms or the first day of recovery from the illness (generally taken as the time when all skin lesions and scabbed and are dry).

The Global Vigilance and Surveillance Database for Products of Human Origin makes the following statement: "A person diagnosed with MPX is not eligible to donate MPHO during the clinical course of the disease and two weeks (14 days) after the end of symptoms and the disappearance of crusted vesicular lesions. If the illness required hospitalization, the grace period is longer (up to three months).” [14]

At the same time, there are UK recommendations suggesting that confirmed or highly probable cases use condoms for 12 weeks after complete recovery from MPX infection. [15]

By general virological principles, the newly-transplanted patient, who will be under intense immunosuppression, is at high risk of severe disease from a primary infection – more so than a routine sexual partner. We also note that several European organizations have veered towards a longer interval after recovery from MPX. It would seem appropriate to adopt a more conservative window for excluding donors in the absence of clear data.

We recommend deferring all organs from donors with confirmed and active MPX. In recovered cases, we suggest practitioners follow at least the guidelines of their national organizations, though adhering to a stricter rule (3, or even 6 months) is clearly an option in the interest of patient safety. We have provided a wide window because individual circumstances will necessarily dictate bedside actions. Ultimately, the decision to accept a donor with a history of MPX should be a balance between the medical urgency faced by the potential recipient and the risk of passing MPX to him/her.

Suspects and close contacts
The definition of a suspect case is provided by the WHO. [4] As the disease can be ruled in or out, suspect cases may donate once the disease has been ruled out. Whether or not a hospital wants to accept asymptomatic close contacts (persons whose last contact with a proven case of MPX was within the previous 21 days) remains a decision that must be made on a case-by-case basis. In many jurisdictions, persons with high-risk behaviour will be excluded through the usual questionnaires. At the same time we highlight that asymptomatic patients have been described in the literature, though the PCR-positive swabs from these asymptomatic persons came from ano-rectal and nasopharyngeal swabs (obtained from routine asymptomatic screening of persons with high-risk sexual behaviour). [3] Whether or not testing samples like blood, urine, ano-rectal and nasopharyngeal swabs for MPX will become a useful strategy in the setting of organ donation is unknown.
Recent receipt of the ACAM2000 vaccine
This is a live vaccine, a new-generation version of Dryvax, the vaccine used so successfully in the worldwide eradication of smallpox. It is being used by some centres for post-exposure prophylaxis of close contacts of MPX patients. Several studies have not found any person with DNAemia/viremia after ACAM2000 vaccination. [16, 17] But the number of persons studied has been small – 28 in the Cummings series, 95 in the Srinivasan series. A single case report describes PCR-proven generalized vaccinia in a recipient of the ACAM2000 vaccine. [18] The PCR-positivity occurred from biopsy/scraping of a skin lesion (not the site of the vaccination). This single patient suggests dissemination is possible. Several older review articles use the word viremia freely when describing complications associated with the smallpox vaccine, though it is likely that they were referring to the original vaccines used in the worldwide eradication program. [19, 20] Until more is learnt about the viremic potential of ACAM2000 (still a fairly new vaccine), it is prudent to err on the side of caution. The Jynneos/Imvamune/Imvanex vaccine is not associated with these concerns for potential recipients and donors.
Recipients and living donors
We recommend that the same criteria and caveats apply to recipients and living donors. However, for recipients and living donors, the exclusion will not be permanent, as many of the above are time-limited.
PROPHYLAXIS
Transplant patients who are eligible for pre-exposure prophylaxis (PrEP) should receive the Imvanex vaccine (also called the Jynneos vaccine). This is a live but non-replicating virus vaccine that has received regulatory approval (or at least emergency use authorization) in several countries. Those eligible for PrEP include those whose jobs may expose them to MPX and related viruses. These jobs include laboratory personnel who work with MPX diagnostics (including those in hospital laboratories who process specimens meant to confirm or exclude MPX), as well as researchers in labs that handle live MPX. Transplant patients who are exposed to MPX may receive post-exposure prophylaxis (PEP), also with the same vaccine. The risk of MPX transmission from an exposure should be determined by careful assessment, and the availability of vaccine supplies will likely dictate the eligibility for PEP. In the US, for example, PEP was originally limited to persons with a confirmed exposure to MPX. From late June 2022, however, because of increasing availability of vaccine, persons with presumed exposure were also eligible. [21] Transplant recipients with confirmed exposure should be monitored for sign and symptoms during the exposure window. Intravenous Vaccinia Immune Globulin can be considered among transplant patients who have contraindications to vaccine or who might have severe complication after vaccination. [22]
References