Our goal is to provide excellent physical and emotional health for all people with intestinal failure through rehabilitation and transplantation.

Since my last IRTA update the world has changed, SARS-CoV-2 the virus responsible for the COVID-19 pandemic has killed 1.5 million people world-wide. We have had to adjust our clinical practices around the various restrictions imposed or recommended by governments, regulatory bodies, health care organizations, local councils and institutional leadership.  Social distancing and wearing appropriate PPE has become a new normal for many of us. Telehealth, talked about but not necessarily operationalized by many institutions for years, has grown apace. Yet through all this our patients continue to require our care and support. Transplants have continued and fortuitously it appears that individuals on immunosuppressive medication may be at no increased risk of serious disease from this virus than the healthy population at large. In response to the pandemic and within the scope of our society we have initiated, in conjunction with to Society of Pediatric Liver Transplantation (also a Section of TTS), the SPLIT-IRTA Email Listserv to facilitate conversation around the impact of COVID-19 on our patients and programs – please see our website for details.  Additionally, a survey to pull together global experience of COVID-19 infections in Intestine transplant recipients has been led by Dr. Gabriel Gondolesi. We ask if anyone knows that their center has not yet completed the survey please do it now because data is currently being analyzed for future publication.

Another victim of the pandemic has been our biennial meeting, scheduled to be held in Auckland, New Zealand next summer. It has been reluctantly decided that this will now be a hybrid meeting, with local attendees in New Zealand and a virtual platform for participation by IRTA members across the globe.  The meeting will still be hosted by the Auckland team and details of the program, registration and abstract submission will be forthcoming over the next few months. We are already in early planning stages for our next in person congress in 2023 and the selected city will be announced at the Congress in July.

Our committees have been active, and the Allied Health Committee has led by example working on “Best Practice Guidelines” and hosting two hour-long webinars this year in February and October, both of which were excellent, and with a just a completed 4-hour webinar this past December 16th, with an wonderful line-up of international speakers which was extremely well-attended. The videos are now available to IRTA members.
The Membership and Education committees have been consolidated under the leadership of Dr. Laurens Ceulemans with the intent of building value to members through educational offerings beyond just our biennial CIRTA meeting, with emphasis on planning a series of Webinars on the many aspects of intestinal failure and intestine transplantation.

The Scientific and IF Registry committees, led by Drs. Rob Venick and Yaron Aviztur, have been very much focused on transitioning the Registries (ITR and IFR) to a new home.  Earlier this year we were informed by the Terasaki Research Institute (TRI) that Dr. Matthew Everly was leaving the institute and that a strategic change of direction was underway. The TRI had decided it was no longer able to support our Registries and that we needed to identify a new home for our accumulated data and the infrastructure to continue and expand the work of these registries. To cut a very long story short, the Registries will be transferred to their new home at The Transplantation Society International Headquarters in Montreal, Canada. We have also engaged Matt Everly to continue to lead the analytic portion, including the annual reports, to maintain continuity while more permanent in-house expertise is established.

The IFR has completed the pilot phase of the pediatric arm with 204 patients from 11 centers worldwide, and despite the turmoil resulting from relocating the registries, Dr. Avitzur, Chair of the IFR Committee, is expecting to launch the full pediatric registry open to all centers later this month in large part due to the support provided through an unrestricted grant from Takeda. Additionally, development of the adult arm of the IFR is in the early discussion stages of development.

It has not been an easy year and I have heard some people refused to put their clocks back this Autumn because they don’t want even one more hour in 2020 than they have to!  However, the IRTA has continued to look forward and hope to engage with membership and the intestinal failure and transplant community to an even greater extent in the coming months and years. 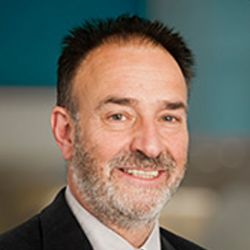 The Intestinal Rehabilitation and Transplant Association (IRTA) is proud to announce the launch of the International Intestinal Failure Registry (IFR) following a successful pilot phase.

Goal
The IFR aims to improve the lives of children with intestinal failure by creating a large international database that will serve as a reliable, contemporary repository to promote research, develop best practices, and guide evidence-based management in pediatric intestinal failure
Center benefits
Inclusion criteria
To join the registry or for more information please contact Dr. Yaron Avitzur and Ms. Victoria Srbely ifr@intestinalregistry.org

TIMELY TOPICS in INTESTINAL REHABILITATION and TRANSPLANT
presented on Wednesday, Dec. 16, 2020
by The Allied Health Providers Committee of IRTA and the PIFR Symposium
CLICK HERE FOR DETAILS

Open to all Healtcare professionals!

We have partnered with our fellow TTS Section, SPLIT, to develop a listserv to help track and address both COVID 19 related queries as well as general discussions related to the care of hepatology, pre- and post-liver and intestinal transplant patients.
CLICK HERE FOR DETAILS

New! The Transplantation Society has launched a new Coronavirus (COVID-19) Dashboard to monitor the progression and news from around the world.
Click here for details

Our Transplant Infectious Disease Section (TID) has prepared an update and guidance on the 2019 Novel Coronavirus (2019-nCov) for transplant ID clinicians.
Click here for details