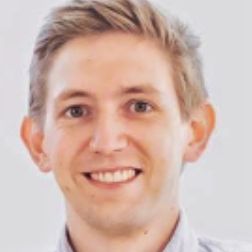 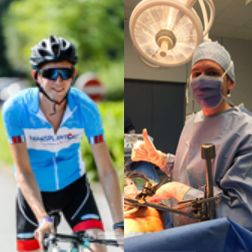 The Intestinal Rehabilitation and Transplantation Association (IRTA) has founded the Nicolas Duchateau Young Investigator Award to recognize a young scientist who has contributed to the field of intestinal failure or transplantation by sharing his or her research findings at the biennial IRTA Conference.

Dr. Nicolas Duchateau himself underwent a multivisceral transplant before he became a surgical resident and researcher at the University Hospitals of Leuven and Antwerp in Belgium. He went on to present his work on intestinal transplantation for neuro-endocrine tumors multiple times at the biennial IRTA Congress.

This award, funded by generous donations, will recognize one scientist to attend the IRTA Conference. We hope this award will inspire the young generation and promote the scientific career of young investigators in the field of intestinal failure and transplantation.

Nicolas Duchateau was born in 1991 (May 9th) and he grew up in Antwerp, Belgium. Two years after he started his medical studies at the University of Antwerp, he developed a neuro-endocrine tumor and porto-mesenteric thrombosis resulting in liver and intestinal failure. Due to the extent of the disease, he underwent a multivisceral transplant (stomach, pancreas, liver, bowel) in March 2014. He continued his studies and graduated in 2018 as medical doctor, after which he started his training in surgery.

Unfortunately, he faced recurrence of the tumor which he fought bravely during several years. He got married in 2021 to Sylvie and sadly passed away a few months later on July 5th, 2021, at the age of 30.

During the 7 years since transplant, Nicolas had been truly inspirational to our IRTA community by presenting his own case and systematic review on similar reports during the New York IRTA conference in 2017, the Paris meeting in 2019 and the virtual meeting (Auckland) in 2021, just one week before he passed away. He was also exemplary in his never ending courage, enthusiasm, and wish to live every day to its fullest.

His resilience, serenity and persistence would have made him an ideal transplant surgeon. He hoped that this award would create the opportunity to young colleagues to fulfill their dreams and ambitions and push the challenging field of intestinal failure and transplantation forward.

To be eligible for the Nicolas Duchateau Young Investigator Award: