The digital disruption of graduate and continuing education has been coming for a long time coming. Dr. Chan will provide a short history of the Free Open Access Medical Education movement from her perspective as an educator in the graduate, postgraduate, and continuing development domains. 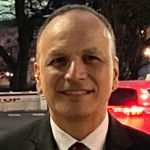 Medhat Askar, MD, PhD, MSHPE, FRCPath, is a Professor of Pathology and Laboratory Medicine at Texas A&M College of Medicine, the Director of Transplant Immunology, Hematopoietic Cell Processing and COVID-19 laboratories at Baylor University Medical Center, Dallas, TX, USA. Dr. Askar is the President of The American Society for Histocompatibility and Immunogenetics (ASHI), Immediate Past President of The American Society for Histocompatibility and Immunogenetics (ABHI) and a member of the Executive Committee of the National Boards of Directors of United Network for Organ Sharing (UNOS) and Organ Procurement and Transplantation Network (OPTN). He is also a Councilor to The Transplantation Society (TTS) representing North America, the Co-Chair of TTS Education Committee, a member of the Laboratory Practice Committee of the International Society of Cell and Gene Therapy and a principle Investigator on a number of study protocols through the Center for International Blood and Marrow Transplant Research (CIBMTR). 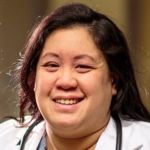 Teresa Chan
Speaker
McMaster University, Canada
Bio
Dr. Teresa Chan is an associate professor at McMaster University. Currently, she is the Associate Dean, Continuing Professional Development. She previously was the Assistant Dean, Program for Faculty Development in the Faculty of Health Sciences at McMaster from 2019-2021. She is also the Director of the RCPSC Clinician Educator Area of Focused Competency Diploma program, and the Competency Committee Co-Director for the RCPSC emergency medicine residency program. Additionally, she serves as the Social Media Lead for the McMaster Department of Medicine. 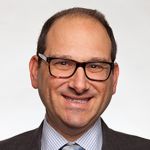 Joel Topf went to medical school at Wayne State University School of Medicine and did Med-Peds at Indiana University. He completed an adult fellowship in nephrology at the University of Chicago. He is currently a clinical nephrologist in Detroit at Oakland University William Beaumont School of Medicine. Joel's passion is using social media and new media to teach nephrology. He started his blog, PBFluids in 2008. He developed NephMadness and NephJC to leverage the power of community, digital scholarship, and creativity to teach nephrology. He is the founder and program director of the Nephrology Social Media Collective internship which trains medical professionals to use social media for medical education. Joel is a pioneer in bringing visual abstracts to nephrology and is a visual abstract editor for CJASN and the American Journal of Nephrology. He is creator and host of the nephrology podcast, Freely Filtered as well as the new Clannel your Enthusiasm, Burton Rose Book Club. In 2017, the American Society of Nephrology awarded him The Robert G. Narins Award for Innovations in Teaching. 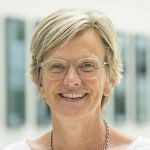 Carla C. Baan, PhD, is Professor and head of the Nephrology & Transplantation Laboratory at Erasmus Medical Center, University Hospital Rotterdam, The Netherlands. Dr Baan obtained her doctorate from Erasmus University, The Netherlands. Her position involves the supervision of doctorate research related to the role of cytokines, regulatory T cells, B cells, cell therapy and immunosuppressive drugs in clinical organ transplantation.At the laboratory immunological tests to monitor pathways of donor directed reactivity are developed and used including multi-parameter flow cytometry/Facs sort and Elispot for T and B cell profiling, phosphospecific flow cytometry for the analysis of intracellular signaling pathways, cell culture assays to measure antigen specific proliferation & cytotoxicity, GWAS and PCR for gene expression and epigenetics, and immunohistochemistry.The aim of this translational work is to titrate the immunosuppressive burden on our patients in such a way that side-effects (infections, malignancies, cardiovascular events) are kept at a minimum while at the same time rejection processes are prevented. Dr Baan has been the President of the European Society for Organ Transplantation (2011-2013) and has been a member of the board of the International Society for Heart and Lung Transplantation (2015-2016). Currently, Dr Baan is the Executive Editor Basic Sciences of the Transplantation Journal. 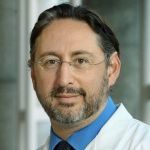 Dorry Segev, MD, PhD, is a transplant surgeon and the founder and director of the Epidemiology Research Group in Organ Transplantation (ERGOT), an eclectic, multidisciplinary group of nearly 100 researchers and trainees currently funded by 15NIH R01s and U01s. With an undergraduate degree in computer science and a graduate degree in biostatistics, Dorry focuses on novel statistical and mathematical methods for simulation of medical data, analysis of large healthcare datasets, and outcomes research. With over 650 peer-reviewed research publications, Dorry is ranked #1 worldwide in organ transplantation expertise and influence by ExpertScape. His work has directly impacted policy, including two Congressional bills. He was recently elected into the National Academy of Medicine and was named an Innovator of the Year by TIME Magazine. However, Dorry is most inspired by his role as a mentor, and is the only surgeon in the US funded by an NIH/NIAID Mentoring Grant. 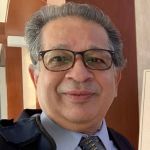 Sunil Shroff
Panelist
MOHAN Foundation, India
Bio
Currently he is President Elect of the Indian Society of Organ Transplantation and past President of the Nephrology, Urology & Transplantation Society of SAARC countries. He is the editor of the Indian Transplant Newsletter and advisory board member of the Indian Journal of Transplantation. A practicing urologist and a renal transplant surgeon at Madras Medical Mission Hospital in Chennai, he has also been active in the field of digital health and is the President of the Telemedicine Society of India, Tamil Nadu Chapter and course director for a foundation course for telemedicine for doctors in India. He has edited 6 books on Urology and Transplant Law. He has 14 book chapters, 130 articles in peer reviewed Journals to his credit with over 1,000 citations. He has been actively involved in promotion of deceased donations in India through the NGO called MOHAN. The NGO has won many awards for their pioneering efforts including the British Medical Association South Asia Award in 2015 for establishing ‘Cadaver program in India’ He is the recipient of the best teacher award from his medical university. 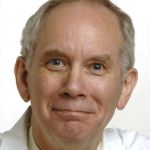 At age 75, life is just starting for Dr. Kim Solez, founder of the Banff Classification.

The Edmonton-based entrepreneur, pathologist and professor just observed his 75th birthday. He’s celebrating by writing a memoir that’s documented his life’s first three-quarters of a century and applying for a CIFAR grant that can fuel his passion to solve six of the world’s key problems for the decades to come.

“Chronologically, I’m 75 years old, but I have this little, happy 18-year-old bursting out inside of me every now and then,” Solez said.

The memoir will be titled “Serially Surreal” – a term the late great singer-songwriter Leonard Cohen described Solez as during their first meeting in 2005. Solez founded separate events Leonard Cohen Nights and Leonard Cohen International Festivals to honor the artist. The grant for which Solez is applying is through CIFAR, a Canadian-based global research organization. Solez believes the data from artificial intelligence can be used to tackle six critical issues facing society: Male Aggression; Nuclear War; Climate Emergency; Systemic Racism; COVID-19 Pandemic; and Colonialism. Those issues can be solved through what Solez considers a combination of “humanity plus AI.”

DeepMind's Alpha Fold AI solved protein folding in Fall 2020 and protein folding is substantially more complicated than the six big problems of society listed above. All the is needed for success is human cooperation and something to measure so you can gauge success. Demis Hassabis head of DeepMind London UK has supported the idea of AI tackling society's big problems, and Rich Sutton head of DeepMind Edmonton has supported the idea of AI tackling new and bigger problems like the six listed.

“One can imagine a future where it is possible to measure changes in human behavior, positive changes in the world brought about by something you wrote, or a video you produced, and that becomes the criterion on which academic advancement is based,” Solez said. “That will be a world much better than today. We don’t have those metrics yet. However, it is a very nice position to be in, to be the person suggesting future standards!”

Solez said he’s always viewed the world differently, even from the day he was born – June 20, 1946. That day, he said his father, a cardiologist, said Solez was a calm, smiling baby surrounded by many others who were crying and whining.

Solez grew up in a house of science and art. Both his parents played the piano, and Solez’s mother was classically trained at the Oberlin Conservatory of Music. The gravestone where his parents rest is labeled “Enjoy the Music,” which Solez has done throughout his life.

Solez has combined his love for science and art through his work as an entrepreneur at numerous companies, including his current one – Just Machines, which explores the effects of rapidly improving technology and AI in the field of medicine – plus as Professor of Pathology at University of Alberta, where he is continually and constantly surrounded by medical students and graduate assistants that make him feel young. The young people are also organized to continue Solez’s work if anything were to happen to him. As Greg Washington says “A person dies twice: once in physical form and again the last time their name is spoken. I want to make sure that my friends live forever,” Solez’s students will make sure that he is long remembered. However, there is no sign of his slowing down anytime soon!

Solez also noted his personality is naturally risk-taking and virtually fearless. He recently took the NEO PI-R personality test, and the results said was “off the charts for openness to experience” and that he likes “to be in the action.”

He also can communicate with anyone, from brilliant academia-focused, to the homeless young adults he sometimes meets at the weekly poetry nights he helps organize. 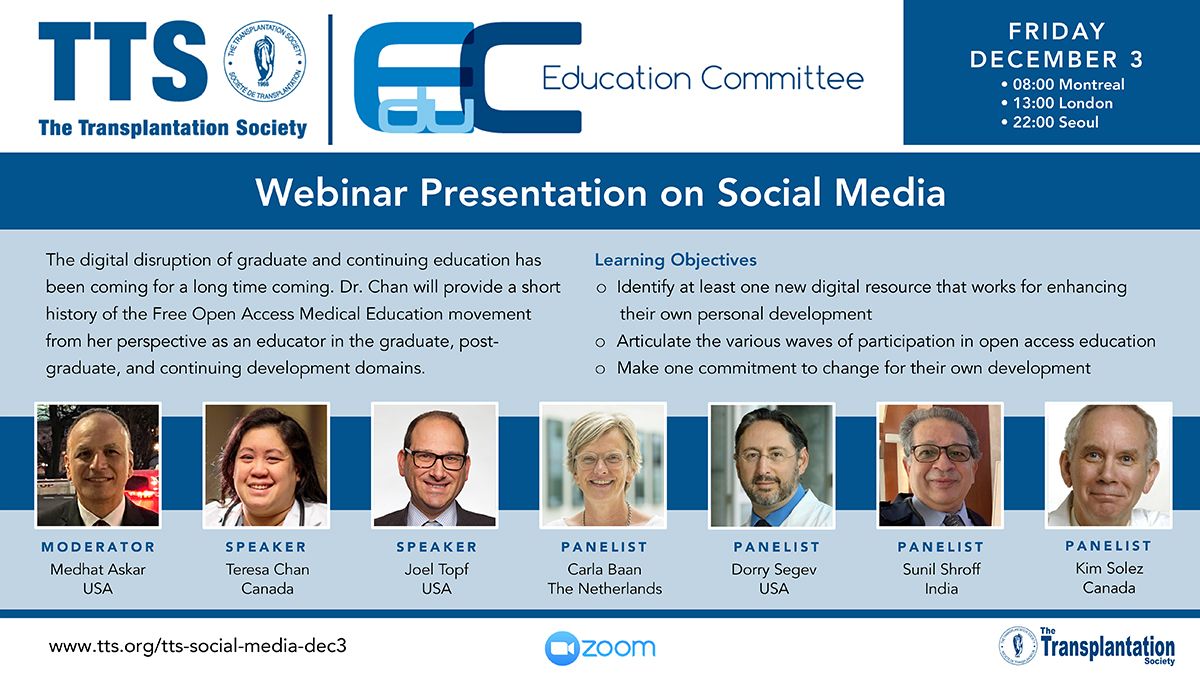