Anesthesia and Critical Care in Heart and Lung Transplantation

Thursday, May 26, 2022 - 10:00 AM (Local time in Montreal)
Local time (Corresponding local time at your current location)
The duration of this webinar is scheduled for 90 minutes.
Click here to watch the recording 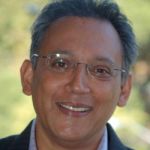 Professor Dhital has just relocated to India to take up the Directorship of Heart and Lung Transplantation and MCS Program at Yashoda Hospitals in Hyderabad. He was formerly the Director of Cardiothoracic Surgery & Transplantation as well as the Program Director of Heart & Lung Services at the Alfred Hospital and Professor of Cardiothoracic Surgery at Monash University in Melbourne, Australia.

Following a science degree in Physiology and Biochemistry followed by a PhD in Anatomy at the University of London, Kumud Dhital qualified in medicine at the University of Oxford with Cardiothoracic surgical training in the UK at various institutions including the Royal Brompton and Guy’s & St Thomas’ Hospitals in London, John Radcliffe Hospital in Oxford before a transplant fellowship at Papworth Hospital, Cambridge.

Between 2003-2005, he worked for the University of Pittsburgh Medical Centre (UPMC, USA) as Assistant Professor of Surgery and the Director of a new Heart & Lung Transplant program which he helped to establish in Palermo, Italy for the Mediterranean Institute for Advanced Therapies (IsMeTT). He subsequently returned to Papworth Hospital as a consultant cardiothoracic & transplant surgeon and Director Lung Transplantation. In 2009 he moved to a similar position at St Vincent’s Hospital, Sydney, Australia. In Sydney, he was an Associate Professor of Surgery at the University of New Wales and on the Faculty at the Victor Chang Cardiac Research Institute (VCCRI). Together with Prof Peter Macdonald, the Director of Heart Transplantation, they developed the donation after circulatory death (DCD) heart transplant program. In July 2014, Prof Dhital performed the world’s first heart transplant with a distantly procured DCD heart. He was the lead surgeon for the St Vincent's Hospital's DCD heart transplant program which to date has performed 37 successful transplants from this donation pathway. Beyond his interest in surgery for cardio-pulmonary failure, he provides a comprehensive cardiac and thoracic surgical practice including pulmonary endarterectomy for Chronic Thromboembolic Pulmonary Hypertension. Prof Dhital also has significant teaching responsibilities for medical students and junior surgeons. This is complemented with a basic and translational research program with supervision of higher degree research students. He moved to the Alfred Hospital, Melbourne in January 2019. 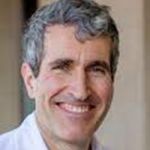 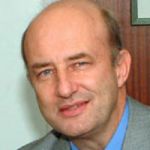 Use of thoracoabdominal NRP in heart retrieval from cDCD

Stephen Large was appointed as a cardio-thoracic and heart failure surgeon to Royal Papworth Hospital in September 1989. He’d been brought up in Southern Africa, schooled by the Quakers in the UK and later by Guy’s Hospital in London. An initial inclination towards a medical career was thwarted by the promises of cardio-thoracic-vascular and oesophageal surgery at Papworth in 1982. Initially terrified by what he first saw in the later months of 1982 he was seduced into heart failure surgery and transplantation. As a young consultant frustration drove him to work with others to provide a national mechanical assist programme which got going in 2002 offering a bridge to transplantation for those who couldn’t afford to wait for an appropriate donor heart. Working with Jimmy Cox his fascination in arrhythmia work developing what is now fortunately called the Papworth-Cox Maze for atrial fibrillation. The donor heart then captured his interests with demonstration of the detailed physiological changes that follow brain stem death. Seeking more hearts for transplantation led to exploring donation after circulatory determined death. This has developed into an attractive clinical programme. He’s a passion to try to establish a marker of acceptable function for successful transplantation of both heart beating and non-beating donor hearts but ultimately to force reverse remodeling of the failing heart so that transplantation is in less or ideally no demand. 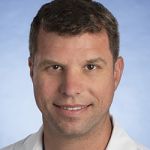