It has come to our attention that some of our members have received scamming emails requesting funds to be transferred by Western Union to an individual in the Philippines. The email account used was president.tts@outlook.com. This is not affiliated to TTS and does not originate from our server. We have investigated the matter and we are certain that the emails used were not obtained from our database.

We urge all our members to be diligent in protecting your email accounts, and to not respond to any such scams. If you receive an email requesting for transfer of funds for a TTS colleague, please forward this to technologies@tts.org so we may investigate further.

The IPITA, IXA and CTRMS are pleased to announce the Call for Hosting for the 3rd Joint Congress of our associations. The Congress will take place in 2021 and will continue a history of successful joint congresses that took place in 2007 and 2015. The 2015 Congress in Melbourne, Australia attracted over 600+ participants from 30 different countries and we are eager to host a large Congress again in 2021.

The requirements to submit a bid to host the 2021 Joint Congress of IPITA, IXA and CTRMS are included in the link below and we encourage each member to consider this opportunity. The Councils will consider bids from geographic regions outside of Europe due to the locations of each association's congress in 2019. 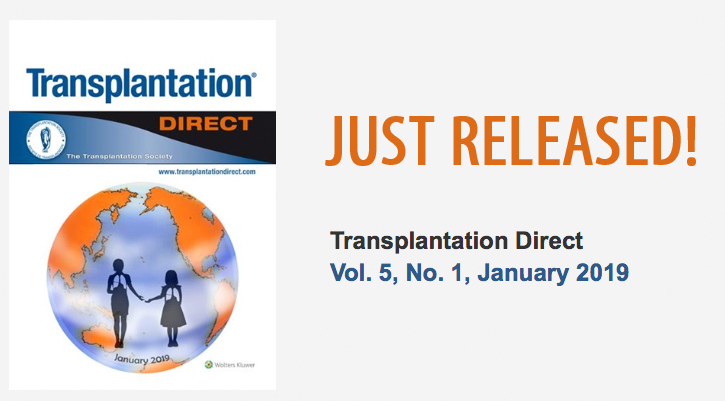 This month in Transplantation Direct offers articles on a variety of important topics. The Transplantation Society of Australia and New Zealand, and other Australian authorities, commissioned a literature review on infectious disease transmission related to organ donation; the results from that review are presented here. We have articles related to kidney transplantation covering topics including "improvable" kidney discard rates during the annual American Transplant Congress meeting; an analysis of survival advantage when faced with transplanting hard-to-place (extended cold ischemia time) kidneys in patients with long dialysis times; the influence and implementation of nonimmunological donor-recipient pairing factors on outcomes, effects, and costs of early vs late conversion from immediate-to-prolonged–release tacrolimus; the immunomics of acute allograft rejection related to immunosuppression choice; and testing of grazoprevir/elbasvir therapy to treat hepatitis C infection in patients with impaired allograft function. In liver transplantation, contributors present data on whether long-term immune responsiveness is retained against ABO antigens. We also have an interesting study examining simultaneous vs sequential heart-liver transplantation. A final note from the editors and editorial staff at Transplantation Direct – we appreciate your continued patronage, and we wish you great success in 2019. 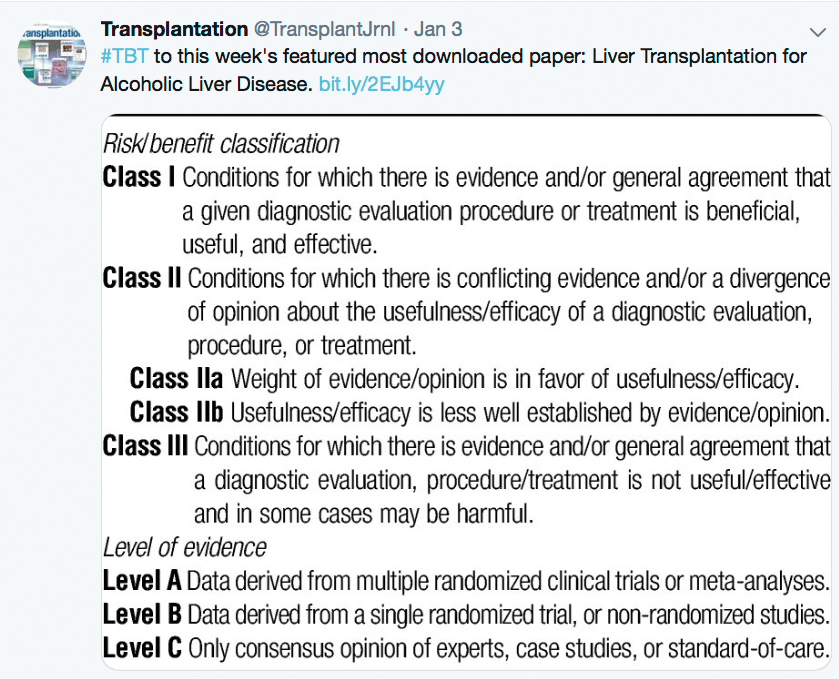 The relationship between socioeconomic status (SES) and kidney transplant outcomes has been difficult to understand. Using administrative data from a universal healthcare system in Ontario, Canada, Naylor and co-authors investigated the relationship between SES (measured by the median neighborhood income) and kidney transplant outcomes. SES did not appear to be related to graft outcomes, but higher SES was associated with lower rates of death with a functioning graft, all-cause mortality, and all-cause hospitalization.

This webinar will focus on aspects of patient care outcomes within intestinal rehabilitation and transplant. The topics presented will provide an overview of successful educational interventions for caregivers who are learning central line care and home TPN administration. Additionally, the webinar will include an overview of neurodevelopmental outcomes in this patient population. This webinar is being presented by the Allied Health Committee of IRTA.

TTS Transplantation Leadership Series webinars were designed to encompass necessary topics to assure success within key business practices used by medical professionals. The Series was part of a 6-month Leadership program completed in the Spring of 2018. Due to the valuable content of these webinars, TTS has decided to share them with TTS members (Requires TTS Member Login).

ELPAT is a European platform that brings continuity and progress in European research and dialogue on ‘Ethical, Legal and Psychosocial Aspects of organ Transplantation’. The theme of this ELPAT congress is Developing dialogue – Pioneering Practice. We aim to (1) create a multidisciplinary scientific forum for in-depth discussion of issues that are currently challenging the field and (2) through this dialogue to pioneer practices that contribute to improvement in outcomes in transplantation. 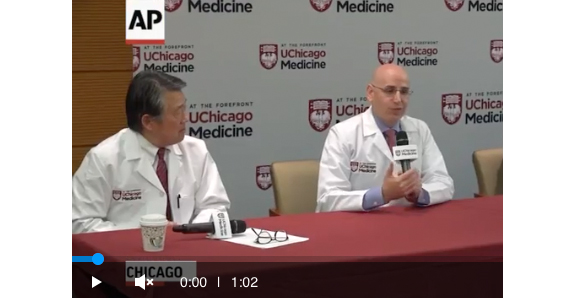 January 4 - Two 29-year-old transplant patients who underwent the same rare surgeries at University of Chicago Medicine made history after receiving triple-organ transplants to replace their hearts, livers and kidneys–which were all failing.

January 9 - The well-known research on uterine transplantation in Gothenburg is now supported by robotic surgery. This change has made operating on the donors considerably less invasive. After the technical modification, a first woman is now pregnant.

Poor state of kidney care in South Asia for those without means: Study

January 9 - People mostly the poor suffering from Kidney diseases, are not getting adequate treatment facilities in the South Asian countries including Bangladesh, said an international study.

January 2 - The journal Science announced its much-anticipated scientific breakthroughs of 2018. In case you missed the announcement, it was another banner year for the biomedical sciences.

January 9 - CNN - Chinese scientist He Jiankui sent shockwaves around the world last year with his claim that he had modified twin babies' DNA before their birth. The modification was made with gene editing tool CRISPR-Cas9, he said, and made the babies resistant to HIV. Scientists from China and around the world spoke out about the experiment, which many say was unethical and not needed to prevent the virus. The scientist had also been warned by peers not to go down this path.