FRANCIS L. DELMONICO, MD AND STANLEY C. JORDAN, MD TO BE AWARDED THE 2020 MEDAWAR PRIZE DURING THE TTS 2020 VIRTUAL CONGRESS

The Transplantation Society (TTS) will recognize Dr. Francis L. Delmonico, MD and Dr. Stanley C. Jordan, MD for their lifetime contributions in the transplantation field with its highest distinction, the Medawar Prize. The award will be presented to Drs. Delmonico and Jordan during the TTS 2020 Virtual Congress, scheduled Sept. 13-16, 2020. 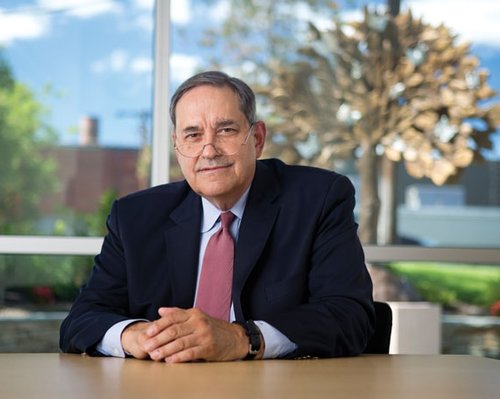 During his 40 year-long career as a transplant surgeon at the Massachusetts General Hospital (MGH) and as Professor of Surgery at Harvard Medical School, Francis L. Delmonico has uniquely contributed to changing the practice of organ donation and transplantation worldwide.
PRINCIPAL ACHIEVEMENTS

In 2005, Dr. Delmonico was elected president of the United Network of Organ Sharing/Organ Procurement Transplant Network (UNOS/OPTN) after 2 decades of UNOS committee leadership.

As the Director of Medical Affairs (DMA) of TTS, Dr. Delmonico convened transplant professionals, legal scholars, and ethicists to draft the ground-breaking Declaration of Istanbul (DOI) in 2008. This international policy document defined organ trafficking and transplant tourism, called for the equitable distribution of deceased donor organs and for the safety of transplant recipients and the wellbeing of living donors. The DOI is perhaps one of the most influential documents to standardize practices in the history of transplantation. Dr. Delmonico also collaborated with the World Health Organization (WHO) to develop WHO Guiding Principles of practice, subsequently adopted by the World Health Assembly.

Dr. Delmonico served as Chief Medical Officer of New England Donor Services, formerly New England Organ Bank (NEOB), for 25 years. His local and national leadership has been profound in establishing the medical suitability of organs derived from deceased donors. Dr. Delmonico also initiated the first regional program of paired kidney donation in the United States in 2000 under the auspices of the NEOB.

In 2016, Dr. Delmonico was appointed by Pope Francis to the Pontifical Academy of Sciences following his nomination by Nobel Laureate Joseph Murray.

Dr. Delmonico served as president of The Transplantation Society from 2012-2014. 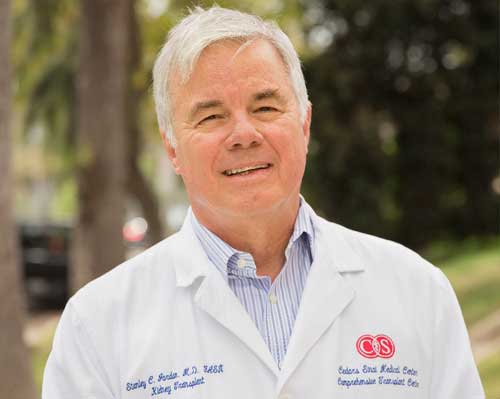 Stanley Jordan, MD is Director of Nephrology & Transplant Immunology at Cedars-Sinai Medical Center in Los Angeles. He is also Professor of Pediatrics & Medicine at the David Geffen School of Medicine at UCLA.
PRINCIPAL ACHIEVEMENTS

For more than three decades, Dr. Jordan has focused his research on the immunology of antibody rejection and development of novel immune modulatory therapies to combat this condition. His professional life has been dedicated to improving transplantation rates for highly sensitized HLA and ABO blood group incompatible transplant recipients.

In 2004, he developed the Transplant Immunotherapy Program at Cedars-Sinai. This program evolved to provide state-of-the-art therapies for difficult-to-transplant patients and for the development of investigator-initiated trials aimed at prevention and treatment of antibody rejection.

His work has been funded by the NIH and grants from biotechnology firms aimed at developing novel therapies in transplant medicine. He has published more than 400 peer reviewed manuscripts and book chapters.

The Medawar Prize, named after The Transplantation Society co-founder Sir Peter Medawar, is recognized as the world's highest dedicated award for the most outstanding contributions in the field of transplantation. It is universally considered to be commensurate with the most exceptional world prizes for scientific achievement. The Medawar Prize has been awarded at every TTS biennial Congress since 1990.