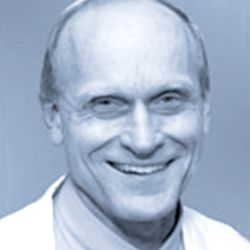 TTS is fortunate to have a great wealth of scientific talent among its membership. This year, the Medawar Prize Committee received nominations for many qualified individuals who have greatly contributed to transplantation. The winner of the 2012 Medawar Prize recipient is Dr. David E.R. Sutherland.

It is a great honor to announce Dr. David Sutherland as the 2012 recipient of the Medawar Prize of TTS. 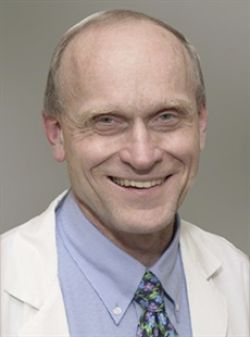 I met Dr. Sutherland for the first time in the fall of 1975. I visited the University of Minnesota (UM) to learn more about islet transplantation. On my punctual arrival at this office, he was nowhere to be found and his secretary apologized for not being able to offer me a seat in his office, but I did have a glance at this place and quite frankly I have never seen anything close to an office like this. The four walls of his office were stacked from the floor to the ceiling with reprints and books. Even the window was partially covered. Of course, the desk was full of all kinds of paperwork and I had the feeling if I just made the wrong move the entire construction would collapse. David arrived approximately 45 min late in scrubs and a white coat, which was two sizes too large for him. He said “we talk while we are walking” and continued at a rapid pace to various places in the hospital, frequently interrupted by pages and residents. He also talked so fast that, given I had just arrived in the United States from Germany, I could only understand fragments of what he was talking about. Finally, after several hours, he took me to the faculty club where we had a nice and reasonably quiet lunch. From this point on, David and I stayed in frequent contact and over the years became friends. When I started the pancreas transplant program at the University of Wisconsin in Madison, I did expect that some competition would evolve. But just the opposite occurred. Dave and I communicated on difficult cases, exchanged the latest news, and took care of each other’s patients. David’s professional life is described here in some detail, but I have to emphasize his great willingness to share and help everybody in the field to get better results. David is unselfish and personally started the International Pancreas Transplant Registry, calling out around the world in order not to miss any cases. His presentation style became legendary. He usually showed dozens of slides more than his time allowed and compensated for it by speaking extremely fast. Over the years, my wife and I always looked forward to seeing David and his wife Vanesa at meetings. The Sutherlands were a very special couple and David’s enduring and special care for Vanesa touched many of us. I think Carl Groth said it best a few years ago when he introduced Dr. Sutherland at a meeting when he said “David Sutherland is not only a great surgeon but the best human being I know in our field.”

Dr. Sutherland started his research career in immunology under the mentorship of Dr. Robert A. Good at the UM Medical School and graduated in 1966. He then interned at West Virginia University, served 2 years in the U.S. Army, and completed his surgery residency and a transplant fellowship at the UM. In 1976, he joined the university faculty, where he has spent his entire career. He received his Ph.D. in 1977, was promoted to professor of surgery in 1984, and was head of the Division of Transplantation from 1994 to 2009. He founded and has been the director of the UM Diabetes Institute for Immunology and Transplantation since 1994, and is holder of the Dobbs Diabetes Research Chair.

As a transplant surgeon, Dr. Sutherland has trained numerous surgeons heading organ and pancreatic transplant programs worldwide and has overseen more than 2000 pancreas transplants at the UM. He performed the world’s first clinical islet transplant in 1974 alongside his mentor Dr. John Najarian, and he developed minimally invasive β-cell replacement (BCR) therapy as an alternative to insulin therapy or pancreas transplantation to treat diabetes. He also initiated the preservation of β-cell mass by islet autotransplantation at the time of total pancreatectomy for chronic pancreatitis in 1977, with nearly 435 such procedures completed to date. In 1980, Dr. Sutherland founded the International Pancreas Transplant Registry.

In 1977, Dr. Sutherland showed that islet autografts could preserve insulin secretion after total pancreatectomy for chronic pancreatitis, establishing a new treatment of the disease, now proved metabolically durable. The first successful series of single-donor islet allografts occurred under his direction. In 1980, he established the International Pancreas and Islet Transplant Registry, one of the most useful registries, publishing outcome analyses for nearly 30 years.

The unique contributions that Dr. Sutherland has made to pancreas transplantation include the first living-donor segmental graft (1979), aiming not simply to solve organ shortage but to decrease the rejection rate in the pre–calcineurin inhibitor era. He also first described isletitis with selective β-cell destruction and recurrence of diabetes in pancreas isografts (identical-twin donors) and allografts (1984), a key observation in establishing the disease as autoimmune. Finally, more than anyone in the field, he emphasized pancreas transplant alone in nonuremic patients whose diabetes was more severe than the adverse effects of immunosuppression, comprising a quarter of the first 1000 cases at the UM, a series now of greater than 2000 transplants. The field could not have developed as it did without Dr. Sutherland’s passion and numerous contributions.

Thank you, Dr. Groth, for the kind introduction. Our long-standing friendship made it special for me to succeed you as president of this great society. The Transplantation Society (TTS) was the first organization devoted to the specialty of organ replacement therapy. I gave a brief history of TTS in my welcome address to open the XX International Congress held in Vienna in September 2004. TTS was an international society from the beginning: being so fostered an intellectual exchange on a large scale, facilitating scientific progress and clinical application.

Coming of Age for Pancreas Transplantation

The discovery of insulin in 1922 changed type I diabetes mellitus from an acute, rapidly fatal disease into a chronic, incurable disease.' Insulin administration can prevent ketoacidosis, but no method of exogenous administration can restore a oormal metabolic state. TWenty years after the onset of clinical disease, more than half of patients with type I diabetes mellitus have serious secondary complications involving the eyes, nerves, or kidneys.

One Institution's Experience with Pancreas Transplantation

The University of Minnesota has the largest experience with pancreas transplantation of any institution, with 130 cases since 1966, including 116 in 98 patients between July 1978 and June 1985. Currently, 30 patients are insulin-independent, 19 for greater than one year, the longest for seven years. One-year patient and graft survival rates overall are 87% and 30%, respectively.

Dr. Sutherland - In their own words 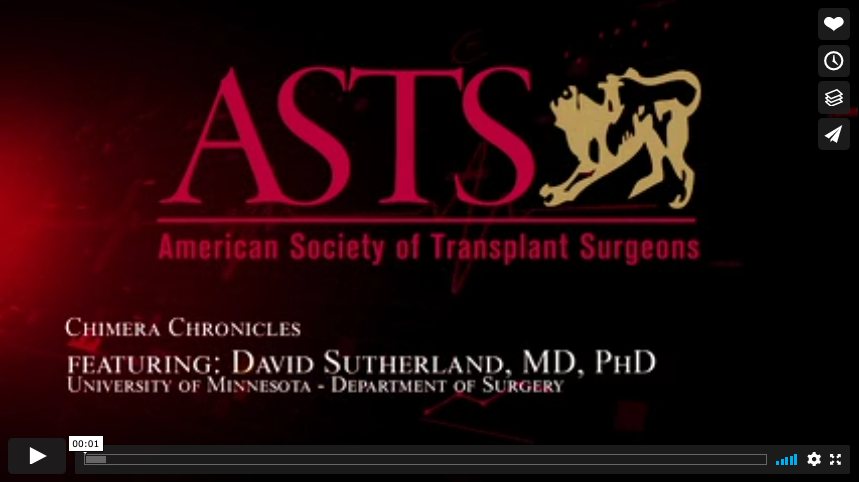