This page contains exclusive content for the member of the following sections: TTS. Log in to view.

For decades rat liver transplantation has been studied as a model of allograft-induced tolerance. Rats show strain-specific, nonreciprocal liver rejection. Livers are rejected acutely in one donor/recipient direction, but are accepted longterm in the other. Acceptance induces permanent, acquired donor-specific tolerance. Fetal liver is a hematopoietic organ and adult liver is rich in regenerative cells and NK & NKT cells. We therefore hypothesized that liver allografts follow BMT rules for bidirectional T and NK cell alloreactivity. We transplanted livers in all reciprocal combinations between DA and LEW parent rats, and their F1 offspring. DA/LEW grafts are rejected acutely, whilst LEW/DA grafts are accepted long term. We show that F1/LEW grafts are also rejected acutely through a significantly delayed (Fig. 1), distinct biphasic outcome. LEW/DA livers from healthy survivors show a unique, fibrotic portal tract histopathology (Fig. 2). A similar histopathology in human allografts correlates with longterm survival (operational tolerance). This histopathology is seen in healthy F1/DA grafts also, but not other donor/recipient combinations. Thus this pattern follows Mendelian genetics.

Based on the premise that both T and NK cells should be either alloreactive or tolerant, and following BMT hybrid-resistance rules in both GvH and HvG directions, we can explain our results through mathematical binary logic. Logic predicts that the rapid, monophasic HvG rejection of DA grafts by LEW hosts is due to direct recognition by both T and NK cells, with no GvH. Delayed biphasic rejection reflects a T cell-only response, with no GvH. Directly alloreactive T cells without NK 'help' become exhausted after the 1st wave of rejection. The damaged liver begins to heal. Rejection is finally due to a 2nd wave of T cells, primed through the indirect pathway by released alloantigen. The novel histopathology seen in LEW/DA and F1/DA livers correlates with the genetics of tolerance-induction. According to binary logic, these donor/recipient combinations uniquely share a predicted GvH by alloreactive NK cells, with no HvG. Biomarker analysis of fixed & frozen samples taken from rat recipients at necropsy, together with cell purification/depletion strategies and adoptive transfer studies, could elucitate the molecular and cellular mechanisms for rejection versus tolerance-induction. 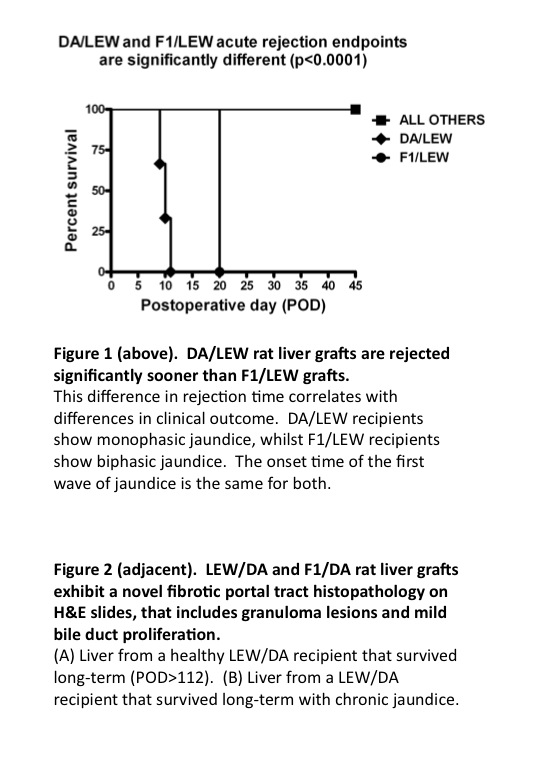 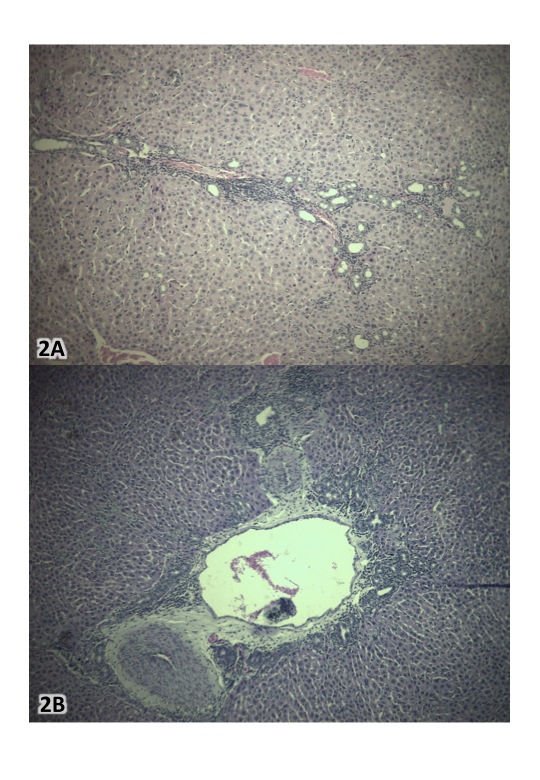