The concept of normothermic machine perfusion to preserve the donor liver grafts is not new, and pioneering experimental studies date back to almost half a Century. The principle of normothermic liver perfusion (NMLP) is the maintenance of normal cellular metabolism at physiological temperatures (37 ℃) with oxygenated cross-matched red blood cells, and it was believed scientists and clinicians alike, that normothermic preservation would alleviate the ischaemia reperfusion injury related allograft outcomes. Following on years of scientific research on animal and human models, different perfusion techniques are currently evaluated worldwide and over the last couple of years these have been applied in the clinical liver transplant setting. The first clinical series has been reported by the investigators led by Professor Peter Friend in Oxford, United Kingdom. Twenty, mainly DBD livers underwent NMLP and showed less AST-release and related early allograft dysfunction in the recipients compared to an equally long cold stored control group. The initial safety and feasibility study was followed by a large European multi-centre a randomized trial has been that has been completed. The preliminary results of the randomized study have been presented at scientific congresses worldwide and final outcome data with one year follow up results are awaited. Dynamic preservation methods will replace static cold storage in high risk grafts. There have been successful smaller case series and reports of application of the NMLP in the clinical transplantation setting, and with the confidence built on these outcomes, a number of other strategies are currently being explored, and these include organ resuscitation and viability assessment following a period of cold storage and prolongation of preservation times.

Advocates of normothermic perfusion suggest perfusing a liver graft for variable time period, first to overcome the initial reperfusion injury which invariably occurs during NMLP and depends on the previous graft quality. Secondly, a certain perfusion duration is required to upregulate reactive oxygen species (ROS)-dependent defence mechanisms during NMLP. The fascinating aspect of NMLP is the fact that it allows a particular liver graft to be assessed in a more objective sense, using a number of parameters including energy resource (glucose) consumption, clearance of acidosis and bile production.

There is no doubt that NMLP would re-shape the transplantation practice in the years to come and there is a buzz amongst the transplant community with numerous new concepts, modifications to original principles and application of newer technologies are being tested. Currently, scientists test new oxygen carriers (e.g. HemopureÒ) to avoid perfusion with blood components. Beside the technical challenge to perform this costly approach, one advantage is the organ viability testing during perfusion. Although there is no consensus on the criteria of safe transplantation of marginal grafts or those deemed unsuitable for transplantation by traditional cold preservation methods, wider experience would enable us refine a set of parameters that would predict successful outcomes after transplantation of a particular graft.

Although extremely fascinating – today normothermic perfusion techniques have to proof two important effects: first can we increase the yield of available organs through this technique and second, is NMLP an option to improve graft function and long-term survival.

This interesting paper shows the experiences with the same perfusion device, used by P.Friend now in Edmonton, Canada.

This is an excellent review on ischemia reperfusion injury.

Karangwa and coworkers present data of 12 human donor livers that had been declined for transplantation and exposed to normothermic machine perfusion (NMP) ex-situ for 6 hours following a static, cold preservation period. Markers of coagulation activation (prothrombin fragment F1 + 2), fibrinolysis (D-dimer, plasmin-antiplasmin complex, tissue plasminogen activator and plasminogen activator inhibitor-1) and transaminases were measured in the perfusate. The authors report on an activation of fibrinolysis, as measured through high concentrations of D-dimer that correlates with high levels of AST, predicting I/R injury and poor liver function.

ABOUT OUR GUEST EDITOR 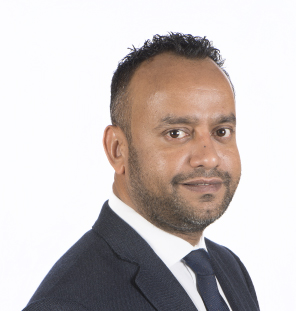 Mr. Thamara Perera graduated in 1999 from the Faculty of Medicine, University of Kelaniya – Sri Lanka. Having completed surgical specialty training, he then moved to United Kingdom for further training in Liver Transplantation. In addition to his clinical work at the Liver Unit in Birmingham he undertook research, focusing on energy metabolism of liver allografts during organ preservation. He completed the fellowship of European Board of surgery (FEBS) in liver transplantation (2009) and obtained the Fellowship of Royal College of Surgeons in 2010. Subsequently, he was appointed Consultant Liver Transplant surgeon at the Liver Unit, Queen Elizabeth Hospital Birmingham in 2010 and Birmingham Children's Hospital in 2012. For his research work he was awarded a research doctorate (MD) by the University of Birmingham for his thesis entitled "The use of microdialysis and metabolomics to study the biomarker differences between donation after circulatory death and donation after brain death liver grafts in orthotopic liver transplantation".

Mr. Thamara Perera's main clinical and research interests include expanding the utilisation of marginal liver grafts. He has authored over 70 publications on many aspects of liver transplantation. In 2014, he and the Birmingham team performed the first successful resuscitation of a discarded liver graft by normothermic machine perfusion. He is the co-investigator of several machine perfusion trials that are ongoing or completed. These include the first-in-man safety trial of normothermic preservation of liver allografts (ORGANOX) and the recently completed European multi-centre randomised (COPE) trial and ongoing VITTAL study.

Ethical Dilemmas in Dialysis Therapy: Making the Right Decisions
April 14 – Medical Press- Despite [these] advances and the overwhelming, undeniable progress that scientists have made, dialysis therapy remains a challenging option for many patients.
Read More

Growing an Eye for Transplantation: Potentials and Pitfalls
April 13 – News Medical Life Sciences - Scientists have been working hard to bring about a time in the future when we can grow “an eye in a dish” and use it for transplantation to restore the vision of someone who is blind, and they are not as far off as you might think.
Read More

Big Data, Predictive Analytics, and Quality Improvement in Kidney Transplantation
April 21 – Medscape- Despite continuing improvement in short-term graft outcomes, long-term graft survival has not substantially improved. This disconnect exists in a wealth of readily available outcomes data in large national data registries such as those maintained by the United Network for Organ Sharing (UNOS) and the Scientific Registry of Transplant Recipients (SRTR).
Read More

Review: ‘Heal the Living,’ a Sentimental Sales Pitch for Organ Donation
April 13 – New York Times - If you have ever been moved to tears by a television commercial, then prepare to be devastated by “Heal the Living,” one of the most gorgeous and beautifully acted sales pitches you are ever likely to encounter.
Read More

Government Seeks Spanish Help to Streamline Organ Donation
April 13 – The Times of India- In a bid to streamline and professionalise the processes associated with organ transplantation, the state government is seeking the help of Spain, a country known for best practices in cadaver donation, to impart training to doctors and frame guidelines.
Read More