The Banff classification of renal allograft pathology represents an embodiment of the global standard for the interpretation and reporting of renal allograft pathology and is the only international consensus classification in wide use at present. The Banff process has become an icon of dynamic, evolving, consensus-building process for adopting a pathology classification. The first Banff meeting took place on August 2-4, 1991 at Banff, Canada and the first full paper on the classification was published in 1993 in Kidney International (KI). The main aim of the meeting was to develop a standardized and consensus-based schema to help in the interpretation and uniform reporting of the pathological lesions seen on renal allograft biopsies, focusing mainly on rejection. It used semi-quantitative lesion scoring (0-3+) of both acute and chronic lesions and diagnostic categories. Subsequently, the meetings have taken place every 2 years to fine tune and update the classification as new data and evidence accumulates. In the beginning, the classification was based entirely on light microscopic analysis of graft biopsies and the main focus was on the diagnosis and classification of acute cellular rejection (ACR), which was thought to be primarily a T cell-mediated process. Very little attention was paid to the role of antibodies in rejection. Beginning from 2001 meeting, the focus shifted to antibody-mediated rejection (ABMR). Since then, the classification is becoming increasingly more sophisticated, complicated, and multidisciplinary in approach with the incorporation of additional tools of investigation in addition to light microscopy. These include among others, C4d staining by immunostaining method, the use of electron microscopy and more recently the use of molecular genetic markers for further refining the diagnosis and classification of rejection. However, the last 2 modalities are still not mandatory but optional at present and may be integrated into the Banff classification in near future.

One of the major innovations in recent Banff meetings was the creation of Banff Working Groups (BWGs) aimed at addressing unmet needs in transplantation pathology. These international and multicenter groups have the mandate to change or refute the alterations in existing criteria or categories of rejection. Their activities are dynamic and goal-oriented. The groups whose activities have reached fruition have been closed or suspended. New groups are being created to address problematic areas in Banff classification. Currently active BWGs include electron microscopy (EM), highly sensitized, recurrent glomerular disease, thrombotic microangiopathy (TMA), T cell-mediated rejection (TCMR) and molecular diagnostics. The standardization principles have also been extended to other solid organ pathology.

The latest Banff meeting was held in Barcelona, Spain, from 27 to 31 March 2017 (www.sctransplant.org/sct2017/). This meeting was held in conjunction with Catalan Transplantation Society (SCT). The main objectives of this meeting were to identify and validate new (preferably composite histo-immuno-clinico-laboratory based) end-points for next generation clinical trials. A number of other issues such as refinement and update on of diagnostic criteria for TCMR including total inflammation (ti) and inflammation in sclerotic cortex (i-IFTA) and ABMR were also on the agenda of the meeting. However, no significant changes have been made for the time being. Further validation is needed and these issues will be again addressed in Banff 2019 meeting. Further validation and consensus were also sought on the use of transcriptome gene sets, their diagnostic classifiers, or common key genes to supplement the diagnosis and classification of rejection. A paper version of the latest meeting will come in due course of time. Two new concepts were discussed at this meeting were tissue engineering pathology in the era of regenerative medicine and development of human cell atlas, a cellular counterpart of human genome project. Once completed, the human cell atlas project will impact almost every aspect of biology and medicine, ultimately leading to a better understanding of life’s most basic units and principles. It will also pave the way for precision diagnosis and personalized medicine.

Barcelona Banff Meeting Program Committee member submitted feedback/update on this article: The Banff group is considering some modifications to the classification for TCMR and ABMR in renal allografts, based on current data, responses of meeting attendees to a questionnaire sent to all attendees several weeks ago, and additional data on i-IFTA and tubulitis from two groups that presented results at the meeting. It is hoped that the latter data will be available in the next 2-3 months, and if so changes to the classification may be made before the 2019 meeting, and incorporated into the report of the 2017 Banff meeting. Please stay tuned.

ABOUT OUR GUEST EDITOR 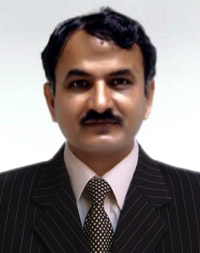 Professor Dr. Muhammed Mubarak is currently working as Professor and Head of the Histopathology Department at Sindh Institute of Urology and Transplantation (SIUT), Karachi, Pakistan. He graduated from Liaquat Medical College, Jamshoro, Sindh, Pakistan. Later on, he did postgraduate training in Clinical Pathology and Histopathology at Hammersmith Hospital, University of London, Sindh Institute of Urology and Transplantation (SIUT), and PNS Shifa Hospital, Karachi. He is CPSP-approved Supervisor for FCPS training in Histopathology, mentoring 6 FCPS-II trainees, two of them successfully completing fellowships in Histopathology.

He has authored more than 200 papers in local and international peer-reviewed journals, including those describing the pattern of renal biopsy pathology in Pakistan for the first time. He has edited 2 books on renal pathology (Topics in Renal Biopsy and Pathology and Nephrotic syndrome: Etiology, Pathogenesis and Pathology). He is a member of editorial board and reviewer of many local and international medical journals as well as Associate Editor of Journal of Nephropathology, Iran and Journal of College of Physicians and Surgeons, Pakistan (JCPSP). He is member of many professional organizations such as PMA, PAME, Pakistan Association of Pathologists, Pakistan Society of Histopathology and Cytology, Transplant Society of Pakistan, Renal Pathology Society, International Society of Nephrology (ISN), The Transplantation Society (TTS), MESOT and Country Representative of European Nephropathology Working Group and editorial board member of many local and international journals. He has participated and presented papers in many national and international conferences on pathology, renal pathology and transplantation. He has conducted many workshops on renal pathology in Pakistan and has been invited speaker in many national conferences. His areas of special interest include renal and transplant pathology, urologic pathology and gastrointestinal pathology.

As you know, a major unmet need in kidney transplantation is an effective treatment for antibody mediated rejection. To advance this field and develop effective treatment, it is important to have consistent definitions and interpretation of renal allograft histopathology findings with the eventual goal of optimizing the management of renal allograft recipient. To ultimately develop a consensus for clinical diagnosis and therapeutic interventions, we believe that it is extremely important to understand how the interpretation and management currently differ among physicians for the same clinical scenario.

Please use the link below to complete the survey. 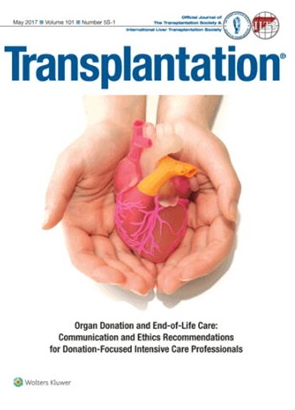 Cipro Not Better for UTI Prophylaxis After Transplant With Stent
April 30 – Clinicians need not abandon sulfamethoxazole-trimethoprim (SMX-TMP) in favor of ciprofloxacin for urinary tract infection (UTI) prophylaxis in renal transplant patients with ureteral stents, according to the latest research presented at the 2017 American Transplant Congress in Chicago.
Read More

Opioid Use Linked to Worse Outcomes in Kidney Transplant Patients
May 2 – Renal & Urology News - Opioid use before and after a kidney transplant may increase the risk of death and graft loss, investigators reported at the 2017 American Transplant Congress in Chicago.
Read More

Boston University students take on 3D bioprinted pancreas research for type 1 diabetes
April 28 - As 3D bioprinting advances and becomes increasingly viable as a medical process, it is not only bio-med companies and professionals that are pushing the technology forward: student researchers are also contributing.
Read More