With the launch of the detailed program for IXA 2017 last week our TTS staff caught up with Richard Pierson III, the IXA 2017 Congress President, to give TTS members an overview of what will be happenning at the Congress of interest to the transplantation professional.

Early Bird registration has been extended to July 6, 2017

TTS IHQ: The program encompasses a broader range of topics than are traditionally associated with an International Xeno Association biennial meeting. What satellite symposia, sponsored luncheon sessions, and workshops have been planned for the benefit of attendees?

Richard: I am truly excited about the fantastic program that the Scientific Program Committee has created for this IXA 2017 meeting, largely based on abstracts submitted by IXA members. In addition, the local organizing committee and the International Xenotransplantation Association leadership have really worked hard to make this meeting of interest to a broader transplant audience, hoping to bring in clinical transplant professionals and additional TTS constituency groups by expanding the focus of the meeting.

At the IXA meeting itself, we have over 20 invited speakers who will present cutting edge talks about genetic engineering, tissue engineering, and a variety of complementary and competing technologies. These talks, and sponsored lunch-time sessions on a variety of topics, will be of interest to the broader clinical transplantation community as well as scientists working in the xeno field.

In addition, we have added a pre-congress Hyper-Immunized/iABO Symposium, organized by Bob Montgomery, and a post-conference Symposium on the use of Swine in Biomedical Research, arranged by Bhanu Telugu and Randy Prather. In addition, and of special interest to the xeno community, we will feature an FDA –IXA pre-meeting workshop and an IXA Theological Symposium.

TTS IHQ: What would you say to those in the clinical transplant field about what they will get out of attending the Hyper-Immunized/iABO Symposium?

Richard: There has been considerable evolution in clinical approaches to caring for the hyper-immunized or iABO patient, based on evolving technologies. Bob has pulled together many leading experts in the field. They will talk about not only the evidence behind what we’re doing today, but newer approaches, drugs, and regimens that are on the horizon that are likely to help us address the currently unmet needs of our patients. Many of these approaches will likely be useful as xeno translates into the clinic – likely in the very near future. Because of these overlaps, this Symposium, and IXA 2017, will be interesting to many transplant physicians and scientists who are not currently working in the xeno field.

TTS IHQ: The FDA is an integral part of any testing and drug development in the US, with many countries following suit. How is the FDA-IXA Workshop going to benefit the xenotransplantation field?

Richard: In close partnership with FDA, IXA Council has arranged a workshop where the state of the art in xenotransplantation will be discussed with particular focus on how recent advances interface with regulatory issues and questions. Preclinical data will be summarized by members of our Association, followed by presentations from FDA scientists. In several open discussion periods, particular focus will be given to addressing questions pre-submitted by interested parties, and those posed in person by meeting attendees.

TTS IHQ: A session on theology is a bit of a departure from the standard ethical questions xeno scientists face. What sparked you to organize this IXA Theological Symposium?

Richard: Early this year we were approached by Dr. Wayne Paris with an offer to organize a special session around the important ethical and theological issues involved in clinical xenotransplantation. The IXA Council enthusiastically endorsed this idea, and Dr. Paris has brought together representatives of several Abrahamic faiths to discuss these issues. We expect that this workshop will enhance understanding and awareness of these issues among xeno scientists as well as the general public.

TTS IHQ: The Swine in Biomedical Research Conference has not traditionally been held in conjunction with the IXA congress. Why is this post conference important to be tied to the Congress?

Richard: Because swine are generally viewed as the most promising source of tissues, cells, and organs for clinical xenotransplantation, the partnership between SBR and IXA seems a natural fit. Our two organizations have considerable overlap in membership and in scientific, regulatory, and technologic interests, as well as complementary industry partners. IXA had already chosen to meet in Baltimore in 2017, and SBR was looking for a US venue. Finally, Bhanu is a faculty member at University of Maryland, so coordinating our meetings within University space was relatively simple, and cost-efficient for both organizations.

TTS IHQ: IXA is a relatively small group within The Transplantation Society, and the field has been “knocking on the door” for quite some time now. What would you say to your TTS colleagues to encourage them to attend IXA 2017?

Richard: In Baltimore this fall, IXA 2017 will showcase the many breakthroughs that have occurred in the field, from preclinical heart xenograft survivals beyond 2 years, to renal xenografts approaching one year, to CRISPR-based genetic engineering accomplishments. TTS members will be introduced to technologies and approaches that will likely transform allotransplantation, in addition to facilitating clinical application of xenotransplantation in the relatively near future.

For more information or To register - visit www.ixa2017.org

Tolerance induction using nonmyeloablative conditioning and donor bone marrow infusion (BMI) has not been robustly evaluated in clinical liver transplantation (LT), in part because of perioperative toxicity concerns in patients with end-stage liver disease. Here, the authors tested the impact of T-cell-depleted BMI when delayed after LT in a rodent model (3 treatment groups; tacrolimus (TAC) for 3-4 weeks posttransplant followed by i), TAC withdrawal alone, ii) nonmyeloablative conditioning followed by TAC withdrawal or, iii) nonmyeloablative conditioning and donor BMI followed by TAC withdrawal). The authors concluded that can be achieved even when BMI is delayed after LT. Moreover, donor-specific tolerance correlated with increased mixed chimerism, regulatory T cell generation, and diminished DSA.

Featured In The News 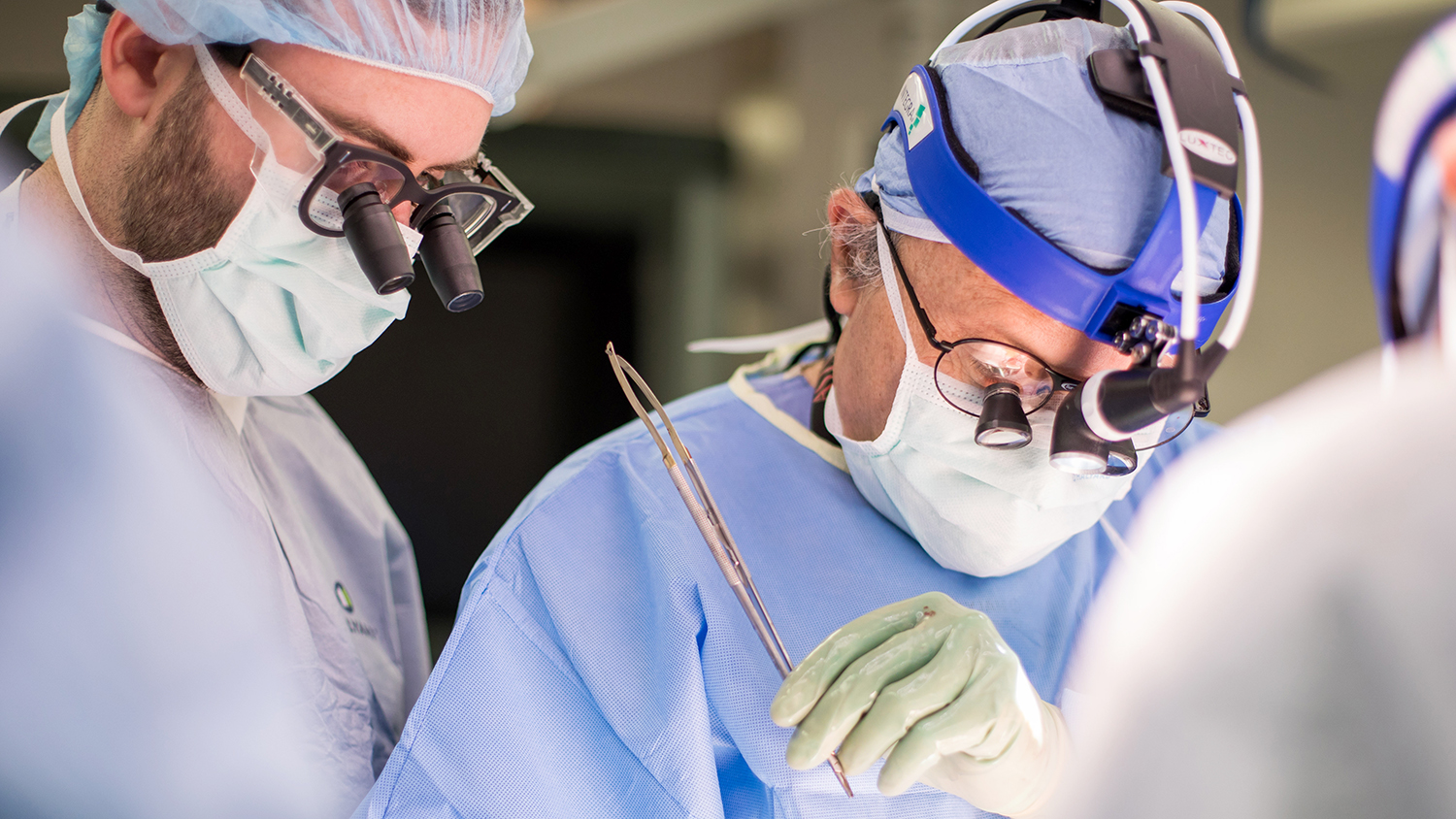 Peter Stock (right), MD, PhD, a transplant surgeon at UC San Francisco, has through his research and advocacy cleared the way for California’s first organ transplants from an HIV-positive donor to HIV-positive recipients. Photo by Susan Merrell

TTS JUST BACK FROM EXhibiting at ITNS Meeting 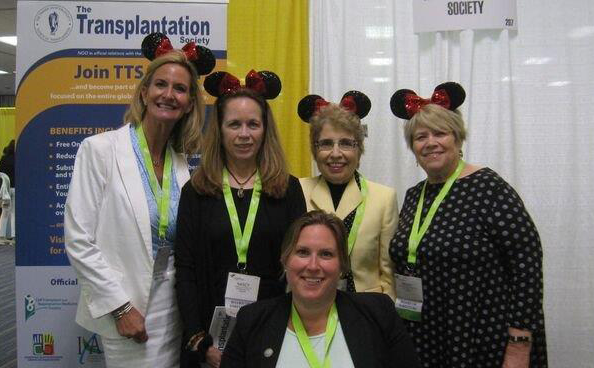 TTS exhibited at the ITNS Transplant Nursing Symposium, June 24-26 in Orlando, FL, USA. The event was a great success and Nancy Ascher, our TTS President, helped kick off the meeting with her lecture on "Transplantation Challenges: Problems and Solutions from Around the World". TTS is a proud supporter of the International Transplant Nurses Society (ITNS) as one of our official affiliated societies. 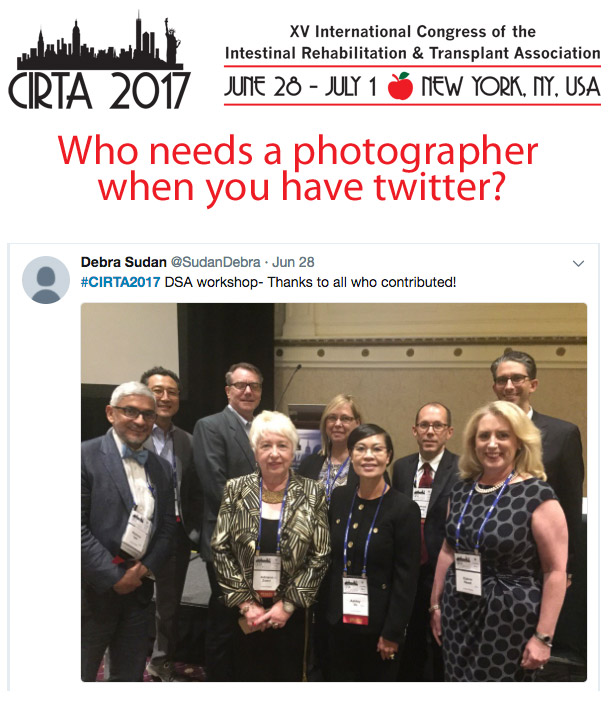 Moving Mountains: A Surgeon's Fight to Legalize HIV-to-HIV Organ Transplants
June 20 - Peter Stock, MD, PhD, a transplant surgeon at UC San Francisco, has through his research and advocacy cleared the way for California's first organ transplants from an HIV-positive donor to HIV-positive recipients.

Opioid addiction could be factor in growing number of donor organs
June 20 - Amid the growing death toll of Canada's ongoing opioid epidemic, there's evidence of a correlating increase in the number of healthy human organs available for transplant.