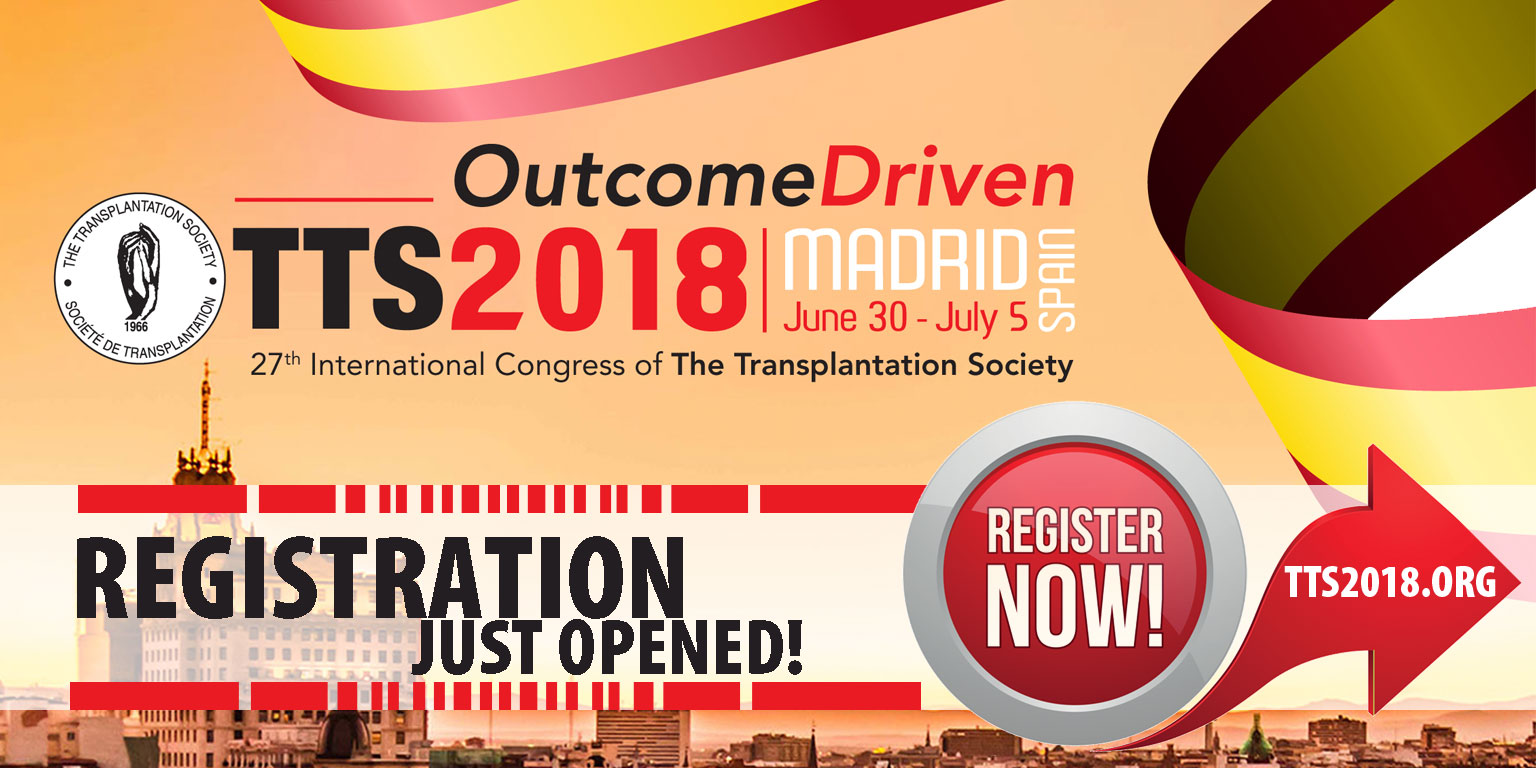 You can maximize your learning and networking by joining us at the Post Graduate Course (PGC) and / or several Pre-Congress Workshops (PCW) on June 30 and July 1, 2018. The PGC suggests a variety of topics to students who just graduated or are currently studying. Additionally, you will be able to choose workshops (PCW) from a range of topics such us Nursing, Cell Transplantation, Xenotransplantation, Infectious Diseases, Pediatrics, etc.

Are you involved in managing challenging transplant cases?
If yes, the Scientific Program Committee of the TTS 2018 congress in Madrid is inviting you to submit the most challenging case you were involved with.

The invitation is open to TTS and non-TTS members who are studying/training in any transplant related discipline (students, interns, residents, fellows or post-doctoral fellows). The submitters of the top three ranked cases will be invited to present these cases in a clinical crowdsourcing session at the post-graduate course (PGC) that will precede the TTS 2018 Congress. The winners will receive a complementary registration to the PGC and a Young Investigator Award of US $1000. Description of the case should not exceed 300 words. 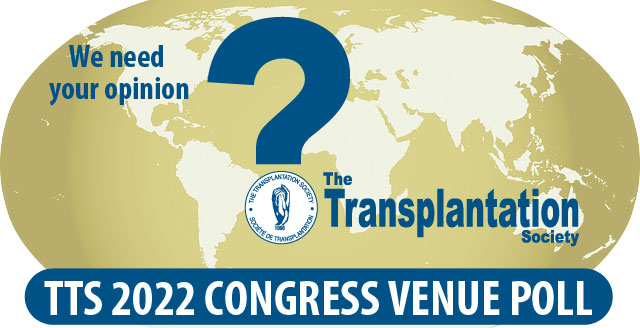 TTS is seeking your opinion on your preferred location for the 29th International Congress of The Transplantation Society in 2022 to help the Congress Selection Committee decide between the three potential locations: Buenos Aires, Istanbul and Montreal. The final selection will be based on several factors, one of which is members' preference. 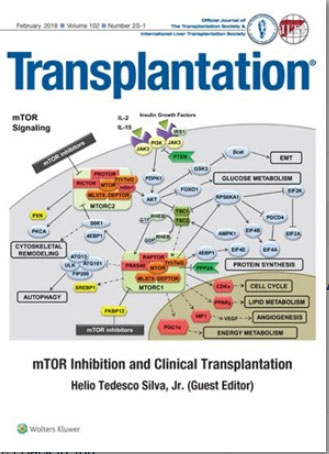 January 29 - In nanotherapy, particles measuring between a nanometer and a micrometer are used to deliver medicines to specific locations in the body, for example to destroy tumors with far fewer side-effects than traditional chemotherapy.

January 29 - A cheap, safe and effective treatment to polycystic kidney disease may soon be available, thanks to a new national clinical out of Westmead, Australia, which is trialing water to treat the disease.

January 24 - Despite efforts over the past two decades to increase the number of black and Hispanic patients receiving kidney transplants from related or unrelated living donors, these racial/ethnic minority patients are still much less likely to undergo such transplants than white patients, Johns Hopkins researchers report.

Repurposed Drug Found to be Effective against Zika Virus

January 24 - Scientists have derived and grown trophoblast stem cells for the first time, which will lead to better understanding of the human placenta.

January 25 - A UCLA-led research team has created blood-forming stem cells that can carry a gene that allows the body to produce cells that can detect and destroy HIV-infected cells.

January 25 - The National Centre for Cancer Care and Research (NCCCR) will focus on establishing a stem cell donor registry in Qatar amid plans to perform at least 20 stem cell transplantations annually, says a senior official.

January 28 - A patch that reinforces the heart after a heart attack seemed to work well in a recent clinical trial involving pigs. How will it work in humans?

January 28 - Japanese researchers said they found a way to culture in vitro special cells that can regenerate damaged muscle fibers, a development that could lead to cures for difficult-to-treat conditions.

January 25 - A new method may be useful for assessing dialysis facilities' performance concerning referrals to transplant centers. The method, which is described in an upcoming issue of the Clinical Journal of the American Society of Nephrology (CJASN), may help improve patients' chances of receiving potentially life-saving kidney transplants.

January 26 - A biotechnology startup enabled by UC Davis, Molecular Matrix Inc., has received Food and Drug Administration clearance for a carbohydrate-based polymer that can help injured bones heal and regrow.

January 29 - Nanoparticles that transport medicines to a specific part of the human body are usually broken down in the liver prematurely. Jeroen Bussmann from Leiden University has discovered a new method to prevent this from happening. Publication in ACS Nano.

January 29 - The Transplant Institute at NYU Langone Health has launched a new lung transplant program, the third program of its kind in the greater New York City area, expanding regional access to this specialized level of care.

January 29 - The number of people willing to donate organs in Germany has hit an all-time low. Patients in the country are increasingly dependent on a European cross-border organ exchange program.

January 30 - The Dutch senate will today debate plans to establish a ‘yes unless’ system for donor organs in the Netherlands, 18 months after the legislation was approved by the lower house.