The Transplantation Society and International Pediatric Transplant Association (IPTA) will be each sponsoring up to five Congress Scientific Awards at the 10th Congress of the International Pediatric Transplant Association to be held from May 4 to 7, 2019 in Vancouver, BC, Canada. The awards are open to TTS and/or IPTA members who are trainees, allied health professionals or residents of an emerging economy country. Additionally, the Canadian Society of Transplantation will be offering up to three awards. Full details are available under the "Program Menu" on the IPTA 2019 website - www.ipta2019.org

Each applicant MUST SUBMIT AN ABSTRACT BY NOVEMBER 5, 2018.

The deadline to submit an application is JANUARY 1, 2019

Over 700 participants TO DATE!
Due to popular Demand the registration will remain open until October 23, 2018.
TTS-STALyC ONLINE INTERACTIVE UPDATE COURSE
IMMUNOLOGICAL ASPECTS IN SOLID ORGAN TRANSPLANTATION

The Young Members Committee is seeking active TTS members from Asia-Pac, Middle East, Africa and Latin America who want to take an active role in representing their regions.

In this single-center randomized controlled trial, the authors evaluated the feasibility of implementing a real-time polymerase chain reaction (RT-PCR)-based pharmacodynamics assay, which measures 3 NFAT cell–dependent cytokines expressed as % mean residual expression (MRE) to guide adjustment of Tac dosing in the intervention (INT) arm, in comparison with the dose adjustments based on tac trough levels (as the standard of care) in the control (CTL) group. 40 stable kidney transplants divided equally into the 2 groups were followed for 1 year following enrolment; data including infections, hospitalizations, and rejection episodes were collected.

There was a median of 2 tac dose changes per group. Ten subjects had 1 or more infections in the INT arm and 6 subjects had 1 or more infection in the CTL arm. Rates for hospitalizations, rejections, malignancies and death were similar in both arms. In a small group of patients whose tac dose was not adjusted in the first 6 months (n = 8 in INT arm and 5 in CTL arm), those with infections had a statistically lower MRE at enrollment compared with those without infections.

The authors demonstrated the feasibility of assay implementation and suggested that it may be of greatest benefit in the setting of strong cytokine inhibition where the assay reflects overimmunosuppression better than trough levels alone.

How to Make Biopharmaceuticals Quickly in Small Batches 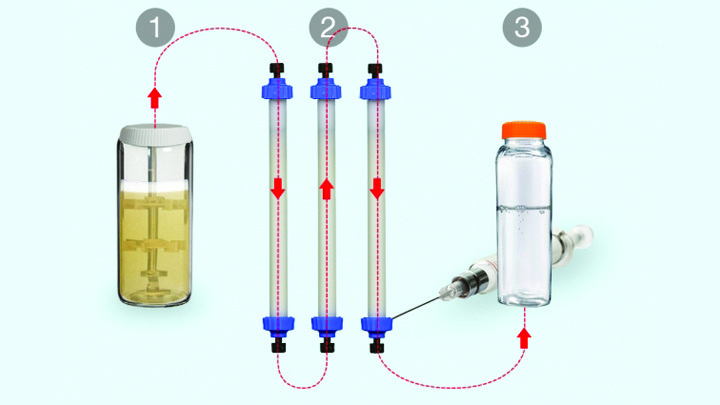 October 8 - NIH DIRECTOR'S BLOG - Today, vaccines and other protein-based biologic drugs are typically made in large, dedicated manufacturing facilities. But that doesn't always fit the need, and it could one day change. A team of researchers has engineered a miniaturized biopharmaceutical "factory" that could fit on a dining room table and produce hundreds to thousands of doses of a needed treatment in about three days. 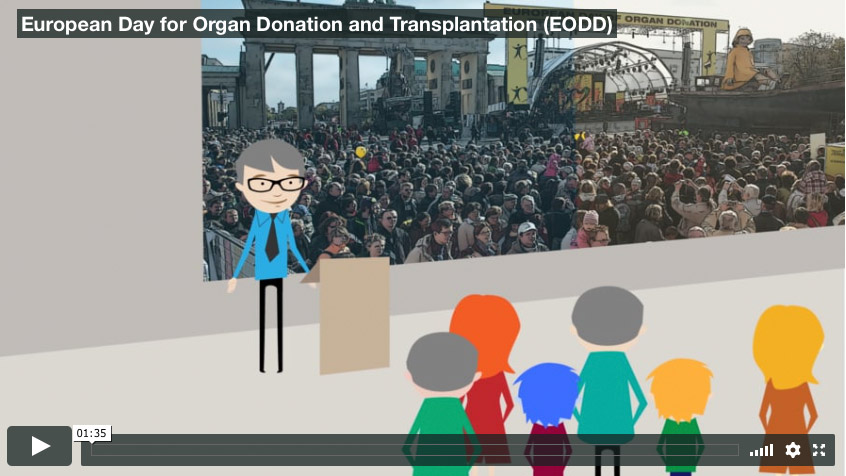 Every year, the European Day for Organ Donation and Transplantation (EODD) provides information on donation and transplantation of organs, tissues and cells. With nearly 6 new patients added to waiting lists every hour in Europe, the number of Europeans waiting for an organ keep growing. This year too, the EDQM calls on all Europeans to think about the problem of organ shortages which leaves thousands of patients sitting on waiting lists.

October 10 - To maintain the viability of implants upon transplantation, increasing efforts are invested in designing pre-vascularized engineered tissue.

October 11 - In the new study, led by Imperial College London in collaboration with a group from the University of Cambridge, researchers transplanted human brain cells into a mouse brain, and for the first time watched how they grew and connected to each other. This allowed the team to study the way human brain cells interact in a more natural environment than previously possible.

October 11 - Many human cells are adorned with hair-like projections called cilia. Scientists now realize that these specialized structures play many important roles throughout the body, including directing or sensing various signals such as fluid flow. Their improper function has been linked to a wide range of health conditions, such as kidney...

October 5 - Italian biologist Alessandro Fantin, together with colleagues at University College London (UCL), has co-authored a study published in the journal Nature on the discovery of new stem cells that can help rebuild blood vessels.

October 4 - South Africa has a dire shortage of organ donors. This means that doctors struggle to find suitable donor organs for critically ill patients who would die without receiving a transplant. Sometimes they have to make tough calls such as using a blood group incompatible organ to save a patient's life – even if this comes with additional risks.