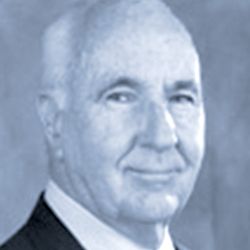 It is a great honor and privilege to introduce Sir Peter John Morris, Emeritus Nuffield Professor of Surgery of Oxford University as one of the recipients of the 2006 Medawar Prize. Over the past four decades, Peter Morris has been a towering figure in transplantation. He has exerted enormous influence as a gifted and innovative researcher, peerless surgeon, dynamic leader, and inspiring and devoted educator. His many and varied contributions have literally influenced every aspect of experimental and clinical transplantation. He is awarded the Medawar Prize for his accumulated work on the role of human leukocyte antigen (HLA) in clinical transplantation.
Read More 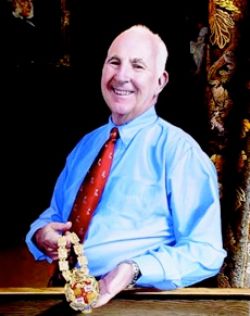 Peter Morris was born in Horsham, Victoria, Australia where he enjoyed a happy, healthy, confident boyhood. He studied medicine at the University of Melbourne in the 1950s, interrupted by the obligatory tour of national service. He describes his medical school years as one of the happiest times of his life. Interestingly, he recalls being blissfully unaware of the developments occurring in transplantation at this time elsewhere in the world. Immunology teaching at the University of Melbourne was quite rudimentary, consisting of only three lectures by Sir MacFarlane Burnett who interestingly later shared the Nobel Prize in Medicine in 1960 with Sir Peter Medawar for theories of immunological tolerance.

The early surgical training of Peter Morris was at the Hammersmith Hospital in London. There he was exposed to some clinical transplantation in the renal transplant program of James Dempster and Ralph Shackman, but his interest in transplantation remained unstimulated. In 1964, Morris was offered additional surgical training at the Massachusetts General Hospital (MGH) through the efforts of Dr. Claude Welch and in the following year joined the laboratory of Dr. John Burke to study surgical infection and inflammation. At this time the new Chief of Surgery, Paul S. Russell, had initiated an active renal transplant program at the MGH with encouraging results with living related kidney transplants. Russell also established an active transplantation/immunology research laboratory focused on analysis of histocompatibility. Morris’ regular interaction with research fellows in Russell’s laboratory, many of whom were from England, nurtured his early interest in histocompatibility, which in turn led to a shift in his research emphasis from infection and inflammation to transplantation. With the help and intercession of Paul Russell, Morris was introduced to and developed strong interactions with Bernard Amos, Jan van Rood, and Paul Terasaki, the early histocompatibility pioneers.

Prior to his return to the University of Melbourne, Morris spent six months establishing the tissue typing laboratory at the Medical College of Virginia with David Hume, who had established one of the major transplant units in the United States. During this period he established a long-lasting collaborative friendship with Paul Terasaki. Together they demonstrated for the first time in humans using stored sera of Hume’s patients that cytotoxic antibodies were present in the sera of patients after transplantation, particularly if they had rejected a transplanted kidney. In addition, with Mel Williams and others, Morris showed that in the presence of recipient cytotoxic antidonor antibodies, immediate rejection of the kidney would occur.

In 1967, Peter Morris returned to the University of Melbourne and the Department of Surgery at the Royal Melbourne Hospital to establish the first histocompatibility laboratory in Australia. He was able to show the first correlation between cadaver graft outcome and HLA typing. At this time, he was interested in all aspects of HLA, not just its application to transplantation. He studied the possible association of HLA with susceptibility to different diseases, eventually showing a reasonably strong association of HLA with Hodgkin’s disease, with chronic active hepatitis and with pancreas islet antibodies in diabetes. He also pursued anthropological studies of HLA in various population groups of Southeast Asia, Fiji, and New Guinea, and in Australian aborigines, which demonstrated—among other things—the extraordinary limited polymorphism of the HLA system in certain populations.

In 1974, at the tender age of 39, Peter Morris was appointed Nuffield Professor of Surgery and Chairman of the Department at Oxford University. The department flourished under his leadership. He established the Oxford Transplant Center, which introduced a number of clinical trials in transplantation—a relatively rare undertaking in these early days. Among these was the first demonstration in 1978 of the salutary effect of matching for HLA-DR alone in cadaveric renal transplantation . In addition, Morris and colleagues showed that many patients can be transplanted in the presence of positive crossmatches when the antibodies involved are not directed against HLA. In addition to a vigorous clinical transplantation program, Morris also established a transplantation biology research laboratory in which he nurtured strong collaboration and cooperation with basic scientists. A critical part of the Oxford laboratory effort involved a Ph.D. program in which visiting research fellows—many of whom were clinicians—came to the Oxford transplantation laboratory for postgraduate research training. The Oxford transplantation biology research program has grown steadily to involve multiple areas of basic and translational research in experimental transplantation immunobiology. Over the years, a host of associates, graduate students, and research fellows from all over the world worked in the Oxford laboratory. These colleagues and graduates are the physician- and surgeon-scientists who currently hold leadership positions in transplantation throughout the world and who continue to make major contributions today—a legacy of which Sir Peter should be enormously proud.

Dr. Morris’ bibliography contains in excess of 800 scientific papers and scholarly works. In addition to his studies on HLA and clinical transplantation he has made seminal contributions in experimental studies on: 1) the role of blood transfusions and passive enhancement in experimental renal and islet cell allografts, 2) the migration of dendritic leukocytes from allografts to initiate rejection, 3) use of nondepleting monoclonal anti-CD4 antibodies to modify rejection, 4) analysis and role of T regulatory cells and altered cytokine pathways in tolerance, and 5) induction of tolerance by retroviral transfer of donor major histocompatibility complex antigens into recipient bone marrow cells.

The impact of Sir Peter Morris on the field of transplantation and the respect accorded him by his colleagues are reflected in his awards and achievements. He has been elected to leadership positions of numerous academic and professional societies including as Chairman of the British Transplantation Society (1976–77) and as President of The Transplantation Society (1984–86), the British Society of Histocompatibility and Immunogenetics (1993–95), the European Surgical Association (1996–98), the International Surgical Society/Société de Chirurgie (2001–03), and most recently, The Royal College of Surgeons of England (2001–04). He has had the honor to deliver over 40 distinguished lectureships, including the Lister Oration and the Hunterian Oration of the Royal College of Surgeons, England. He has also received numerous awards in the form of prizes, named professorships, honorary fellowships, and honorary degrees including most noteworthy Fellowship in the Royal Society (1994), the Lister Medal (1997), and the Hunterian Medal (2005). In 1996, he received Knighthood for Services to Medicine (Fig. 4). In addition, he has been listed as one of the world’s most cited authors in clinical medicine by the Information Sciences Institute.

Finally, and most importantly, in addition to all these accomplishments Peter Morris is a grand human being—a loving husband, proud father, and devoted grandfather to his family and a cherished friend to his colleagues. Years ago I stated at one of these congresses that transplantation was fortunate to have so many gifted and dynamic people to lead this young field to future greatness. I likened transplantation to a sky full of shining stars. It is my pleasure to present one of our most shining stars, perhaps the shiniest, Peter Morris, as a 2006 Medawar Prize winner.

Ladies and gentlemen, firstly I must thank David Sutherland and his Medawar Prize Committee for selecting me and secondly thank my old friend Tony Monaco for his very gracious and flattering citation. I am truly delighted at receiving this prestigious honor from The Transplantation Society. Furthermore, as I got to know Peter Medawar well after I had moved to Oxford in 1974, it gives me added pleasure to receive this award.
I have had a good life and a good career but also one in which luck played a considerable part at all stages. I am a fourth generation Australian and was a medical student at the University of Melbourne. I was certainly not a Phi Beta Kappa student in American terms but I had a great time and I still feel that my six years as a medical student at the University of Melbourne were some of the best years of my life. I had many interests outside my medical studies, most of them in the sporting arena. I played both cricket and baseball for the University of Melbourne, which did consume a lot of my time. My wife Jocelyn, better known as Joce, was also in the same year and she was indeed a Phi Beta Kappa student. Although she started at medical school at the same time as me, I only began to date her in my final year and married her three years after graduation. That was my first bit of luck!
Read Medawar Award Lecture

Intestinal transplantation has evolved as a creditable therapeutic option that offers the only chance for cure for patients with intestinal failure who fail parenteral nutrition. The Editors of Transplantation are pleased to publish in this issue the first group of a series of selected articles based on papers presented at the Xth International Small Bowel Transplantation Symposium held in Los Angeles, CA on September 6–8, 2007. All of the articles to be published from this meeting have undergone our standard peer review process. The first articles included in this issue are described below. Additional articles will be published in succeeding issues.

Clinical Tolerance: the end of the beginning

2003 was the fiftieth anniversary of the discovery of actively acquired immunological tolerance by Medawar and colleagues. This experiment is considered the beginning of our ability to manipulate the allograft rejection reaction. In Medawar’s own words, the discovery of tolerance had a moral significance-it encouraged surgeons to proceed with clinical transplantation.

The major causes of failure in cadaveric renalt ransplantation are irreversible rejection of the renal allograft or complications of the immunosuppressive drug therapy. These could be overcome by the better definition of factors affecting histocompatibility or the induction of specific suppression of the rejection reaction.

Pancreatic islet transplantation: the glass is more than half full 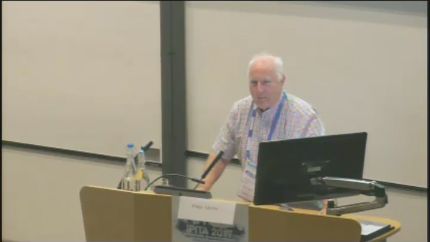 Centre for Evidence in Transplantation, 2015