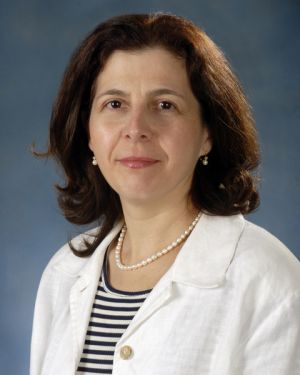 Dr. Azimzadeh was a truly brilliant world-renowned academic medical scientist, who dedicated her life and career for more than 30 years to develop and apply molecular biologic techniques to monitor innate immunity, adaptive immunity, and inflammation in transplant models.

Her important role in these multi-investigator collaborative studies were recognized by a “Grand Prix de Medicine” award from the Academy of Sciences of Toulouse (1997), and a Young Investigator’s Award (2002) and recognition as a Key Opinion Leader (2006) by The Transplantation Society.

Her contributions in the field of xenotransplantation were recently recognized by her election to the Presidency of the International Xenotransplantation Association (2019-21). Agnès mentored over 40 medical students, and over 20 post-doctoral fellows, as well as countless young faculty members, many of whom are are now established as independent investigators. She was an invaluable counselor to the IXA, and selfless scientific and professional advisor to an array of international collaborators working in the field of xenotransplantation.

The Award will include a travel award for the recipient to attend the biennial IXA meeting in order to present a named invited lecture and may include an additional honorarium.

The recipient of this award is chosen 6-8 months before each biennial IXA Congress by a vote of IXA Council/IXA Awards Committee from candidates nominated by a Council member or by a member of the Association in good standing. The Azimzadeh Prize will be awarded at the biennial meeting of the IXA, after delivery of the invited Azimzadeh Prize Lecture by the awardee.

CLICK HERE TO SEND YOUR NOMINATION FOR THE NEXT AWARD