We Want Your Feedback

We Need Your Feedback!

First, we would like to hear from our members how they evaluate the newsletter and how they think we can improve our communication task. Do you want more or less issues? Longer or shorter? Different topics? Different style? Do you want rapid communications? In-depth analysis? What would you like to see on our website?

Please, send your suggestions to help us make the IXA experience better for everyone to Suzanne Landis (sections@tts.org).

Second, the council will meet for a retreat during the next congress in Munich. To prepare the strategic plan for the future of our society, we wish to hear what suggestions you may have regarding membership strategy, communication tools, promoting the IXA’s core mission, etc. We will send out a survey to all members within the next weeks regarding these topics.

As previously mentioned in the most recent International Xenotransplantation Association (IXA) Newsletter, a comprehensive symposium to review the current status of xenotransplantation and qualities necessary to initiate clinical trials was held at UAB on March 21-22, 2019.

More than 100 physicians and scientists attended, along with participants from the US Food and Drug Administration (FDA) and the National Institutes of Health, the President of the IXA, Leo Buhler, UAB faculty, and internationally well-known experts in multiple specialties and fields.

Presentations and lively discussions brought exchange of valuable information and better understanding of the steps necessary to initiate clinical trials. Based on the current understanding of FDA positions and medical realities, (i) clinical trials should be carried out in adults, before children, and (ii) in patients with life-threatening disease, defined as probable death within 2 years, (iii) kidney xenotransplantation should be promoted before heart xenotransplantation, and (iv) patients with end-stage renal disease who are likely to die before a deceased human kidney becomes available would likely be the optimal group who might be offered a pig kidney.

Organ-source pigs engineered to (i) lack expression of the three known carbohydrate xenoantigens against which humans have natural antibodies, and (ii) express up to six “protective” human transgenes are currently available. Risks associated with PERV cannot be certainly evaluated until clinical trials are initiated, but the available data suggest that risks from disease transfer between species is within levels accepted for allotransplantation, and infections would be manageable.

In addition to being a life-altering or life-saving therapeutic option, once it is commonplace, xenotransplantation would also probably reduce the costs of healthcare of patients with end-stage organ failure. 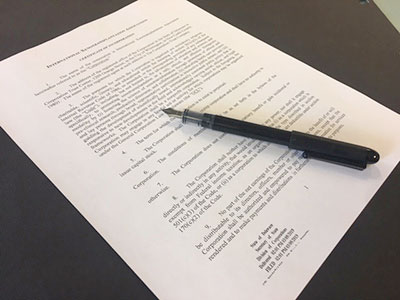 The International Xenotransplantation Association has become incorporated in the US as of March 5, 2019, and is in the process of filing for 501c3 status (nonprofit organization under US Internal Revenue Code).

What will this mean for the IXA?

Becoming a qualified nonprofit organization in the US can help us to grow our financial assets since charitable contributions to the newly incorporated IXA are now tax-deductible which can help to attract private sector support. Likewise many public and private grants that we are now eligible to pursue are only available to qualifying nonprofits. Also, we are now eligible for tax exemption and other cost-saving features that will allow us to streamline costs. All of these factors will allow us to focus more of our resources toward putting our mission of promoting xenotransplantation as a safe, ethical, and effective therapeutic modality first and foremost.

What will this mean for you as an IXA member?

For the most part, members will not see any external signs of our new legal status, which will take place “behind the scenes.”

The legal securities and financial benefits of our 501c3 incorporation will allow our officers to focus more on building the bridges among our many dedicated members who make up the xenotransplantation community around the world, to develop stronger lines of communication among all of us, and to listen to what our members want. All of these will allow us to further our core mission and help to advance the recognition of our members.

Special Attention New IXA Members: The IXA Vanguard Committee is for You!

Young investigators are the life-blood of the IXA and the future of xenotransplantation.

The Vanguard Committee provides a forum for students and junior faculty in the field of xenotransplantation to interact with future leaders in the field and provide opportunities for professional development. Members of the Committee will be tasked with representing the junior members of IXA and working to increase the awareness of research trends and techniques that can advance the field of xenotransplantation.

In our fourth year of running we have welcomed several new members and have already begun work on young investigator targeted activities at the forthcoming IXA Congress in Munich in October, 2019. These include a young investigator organized oral session that will be followed by a social event and opportunity to network with peers. The Committee has also created an IXA Vanguard group Facebook page (find this group by searching “IXA Vanguard”) and a Twitter account (@ixa_vanguard). We are expanding our IXA webpage and a ResearchGate page has been created to link members and help focus future activities. It can be found here.

Vanguard Committee Chair Christopher Burlak and all of the members of the Committee have done a fantastic job keeping our junior investigators moving forward. Now it is more important than ever that we keep these investigators engaged in our mission.

We are looking for additional members and encourage all young investigators to email us with their information and interest to Christopher Burlak, PhD (cburlak@umn.edu).

As part of this re-introduction of Vanguard to our members, the IXA Newsletter will begin a regular feature that will showcase some of our talented junior members. We hope that this series will raise awareness of our promising investigators, help to spur camaraderie between members, and facilitate mentorships and collaborations. With it we recognize that no matter where we are on our scientific journeys, our destinations are the same. 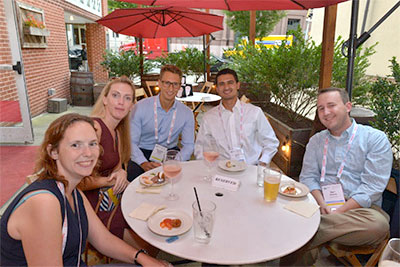 If you have not booked yet an accommodation please visit:
http://www.ixa2019.org/housing

CLICK HERE TO SUBMIT YOUR ABSTRACT
Of Interest to Our Members

The February 2019 IXA Newsletter highlighted some of the events that took place as part of the Third WHO Global Consultation On Regulatory Requirements For Xenotransplantation Clinical Trials.

As always, Full Membership in the IXA comes with online access to Xenotransplantation, while Full and Associate Members are eligible for special subscription rates to the journal. Be sure to check out the latest issue to stay up to date on advances in our field.