Thursday, March 31, 2022, 10:00 AM (Local time in Montreal)
Local time (Corresponding local time at your current location)
The duration of this webinar is scheduled for 45 minutes.
Click here to watch the recording

Acute cellular rejection promotes intestinal injury, disruption of the mucosal barrier, bacterial translocation, and organ dysfunction. As epithelial regeneration is critical in reversing these consequences, new innate and adaptative immune axis involved in this process should be explored to identify potential new complementary therapeutic approaches, which in conjunction with immunosuppressant drugs, could promote mucosal regeneration upon ACR. 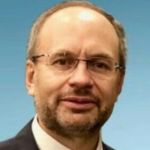 Training: He completed his university studies at the National University of La Plata, where he received his medical degree in 1993 with a gold medal for his promotion. Between 1993 and 1997 he did his Residency in General Surgery at the San Martín de La Plata Hospital; at the same time, he began his training in Renal Transplantation at the Oncology Center of Excellence. Between 1997 and 1999 he completed his training in Hepatobiliopancreatic Surgery (HPB), and Liver Transplantation in the Hepatology, HPB Surgery and Liver Transplantation Unit of the Favaloro Foundation. After obtaining the ECFMG certificate in 1999, he continued his training in Multiorgan Transplantation at the Recanatti / Miller Transplantation Institute in New York City, graduating in 2001. He served as Staff physician of that institution as HPB surgeon, Liver, Reno-Pancreatic and Intestinal transplant; being Head of this last service between 2003 and 2006. In 2006, he returned to Argentina.

Medical assistance: He performs his work as Head of Liver Transplantation. Head of the Nutritional Support and Intestinal Transplant Unit, Head of Reno-Pancreatic Transplantation. Chief of General Surgery and HPB.

Scientific activity: works as Director of the Laboratory of Experimental Microsurgery, Immunology, Translational research and Transplantation, belonging to the Institute of translational medicine, transplantation and bio-engineering, (IMETTyB) Universidad Favaloro - CONICET.

Director and co-director of doctoral thesis in the specialty. He is a member of the Argentine Association of Surgery and a Fellow of the Américan College of Surgeons. He was President of the XIV International Small Bowel Transplant Symposium (Buenos, Aires, June 10-13, 2015). He currently serves as President of the IRTA (Intestinal Rehabilitation and Transplant Association) and has been elected as Treasurer of the TTS (The Transplantation Society). Author of 140 publications available on PubMed; author of 12 book chapters on the specialty. He is a reviewer for more than 10 international journals, having been an associate editor for Liver Transplantation and the American Journal of Transplantation. Member of the WHO Task force to prevent Organ and tissue trafficking and Transplant Tourism, and member of the workshops organized by the Pontifical Academy of Sciences. 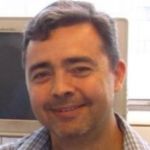 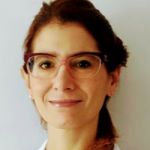 Dr. Gentilini reached the Biochemistry degree (2007) and PhD (2012) specializing in Mucosal Immunology field at the University of Buenos Aires (UBA), Argentina. In turn, she obtained a postdoctoral fellowship awarded by the Medizinische Hochschule to continue her research training in immunology at the Institute for Infection Immunology, Twincore Institute, Germany. Currently, she carries out her research work in “Transplant Immunology” in the laboratory directed by Dr. Gabriel E. Gondolesi (IMETTyB-CONICET, Universidad Favaloro).

Dr. Gentilini developed her performance as a professional in the health area as bacteriologist in different hospitals from 2013 and she obtained a Professional Improvement scholarship at the "Prof. JP Garrahan" Pediatric Hospital in the Transfusional and Infectious service. Finally, she teaches Immunology at the UBA (from 2008), Transplant Immunology at Univ. Favaloro (from 2018), and she participates in several postgraduate courses. Dr. Gentilini is member of various scientific societies such as SAI, SAT, TTS, IRTA. 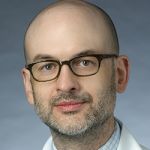 Dr. Alexander H. K. Kroemer is a transplant and hepatobiliary surgeon at the MedStar Georgetown Transplant Institute and the Scientific Director of the Center for Translational Transplant Medicine at Georgetown University Medical Center. In this dually appointed role, Dr. Kroemer splits his time between performing transplants of abdominal organs including livers and intestines in both adult and pediatric patients, and conducting basic and translational research on innate and adaptive immune responses in transplantation and oncology. He is an NIH-funded investigator and active member of the American Society of Transplant Surgeons and American Society of Transplantation, where he serves on their respective grants committees. He is also an Associate Editor of the American Journal of Transplantation. 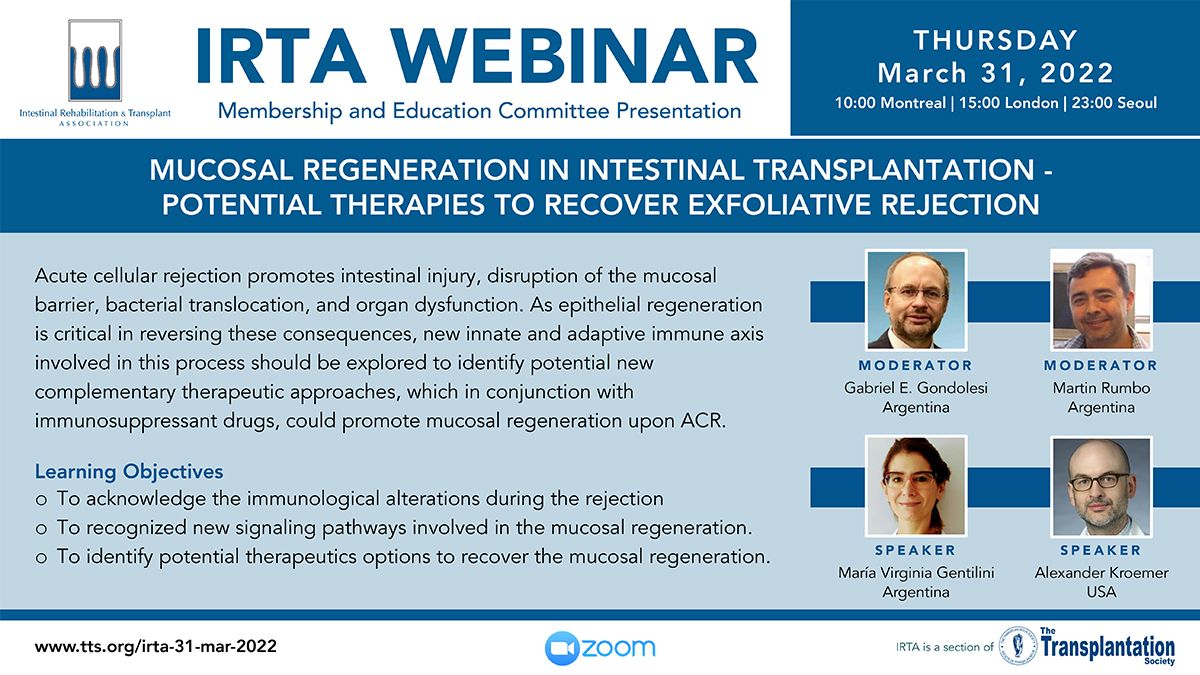